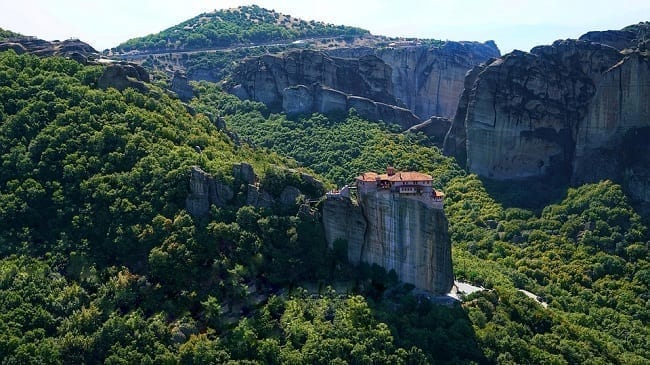 Tour Options from Athens to Meteora

How to Get from Athens to Meteora

Meteora is a unique location throughout Greece and the entire world. It is a collection of medieval monasteries on top of precipitous mountain tops, reaching up into the heavens, thus making it one of the most popular day trips from Athens. The name means ‘aloft in the air’ and it has been a place of pilgrimage for centuries, as well as a sanctuary for Orthodox Christianity during the Ottoman occupation of Greece. Meteora is located just over 350km away from Athens, above the nearby town of Kalabaka in central Greece. 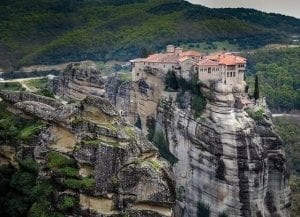 There are four ways that you can get a Meteora tour from Athens. These include a Welcome Pickups tour, an organised coach tour, the public KTEL bus or your own car rental.

Take a day trip from Athens through the countryside of Greece on an exclusive Welcome Pickups tour, all the way to the enchanting UNESCO World Heritage site of Meteora. Your day will begin by being picked up from your chosen location by a friendly, English-speaking driver in a comfortable, modern vehicle. After a short introduction, you will be on your way northwards to begin your 350km journey. The tour also includes six recommended stops, as well as a number of locations the driver may suggest for taking photos and any other personal stops you choose to make. All Welcome drivers are knowledgeable about the country and the areas that you will pass on your trip, as well as both the ancient history and modern culture.

The tour lasts a total of 14 hours and is available every day of the week, with your pick up at the hour that you choose. The tour can accommodate a single passenger all the way to a group of 12. Please note that, while Welcome Drivers are experienced, knowledgeable and friendly locals, they are not licensed tour guides, so they may not be able to enter the monasteries with you. 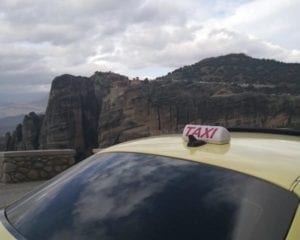 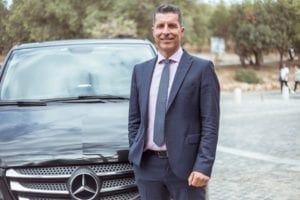 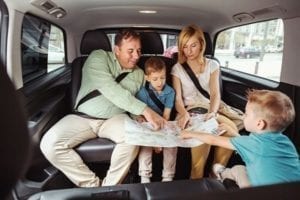 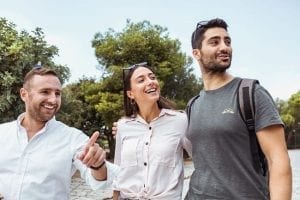 How Much Will It Cost?

Where Do I Get It From?

Your Welcome Driver will pick you up from wherever you choose within the city centre, such as at your accommodation. Welcome is a door-to-door service, so just let us know in advance where you would like to be picked up from and at what time. Then, after your brief introduction, you will be on your way. At the end of your trip, your driver will also leave you wherever you wish in the city centre.

A Welcome Pickups tour is designed with the highest convenience in mind, with every aspect organised to provide our customers with the best experience. Transport is door-to-door, meaning complete ease in getting to and experiencing the focus point of the tour, as well as the suggested extra stops. The ride itself is in a comfortable, modern vehicle with all your needs onboard, including Wi-Fi. Drivers are friendly, knowledgeable and experienced, meaning that they are able to offer the best context and background information for all tour sites. You can also choose the Meteora monasteries you wish to visit, upon discussion with your driver.

Welcome drivers are truly kind, friendly, professional and embody the Greek spirit of filoxenia, roughly translated to hospitality. The customer service with Welcome is second to none.

Organised Trip from Athens to Meteora

There are many organised tours from Athens to Meteora. These tours include a trip on the national train from Athens to Kalabaka, before picking passengers up at the Kalabaka train station. From there, a coach will drive passengers to the monasteries and show them around the site. These day trips include a professional tour guide and driven transport to the scheduled monasteries. They may also include trips to various extra locations, depending on the company that runs the tour. These tours at Meteora usually last 4 hours before boarding the train back to Athens from Kalabaka.

How Much Does It Cost?

Costs begin from around €90 per person and include the train tickets from Athens to Kalabaka, however, the entrance fee to each monastery of €3 is not included.

How Often Do They Run?

Tours run once per day for each company and are available throughout the year, except the occasional national holiday. Bookings can be made on the provider websites.

Once you get to Kalabaka then the tour really begins. From there you can join the coach with the other tour-goers and there is a professional guide to take you around. However, before that point you have to make your way to the train station and take public transport to Kalabaka. The schedule is also pre-organised, meaning you will visit specific monasteries and sites, and you don’t have the flexibility to visit places of your preference with this option.

It is easy to find the national train station, as you can catch the red metro line from the central stations such as Syntagma, Acropolis and Panepistimio. The journey on the train is over 4 hours, so make sure you have any needs prepared beforehand.

Somewhat of a combination between the previous two options would be to travel to Kalabaka via the national trains but without the organised tour from there. This option is the cheapest one to take and has the flexibility of your own schedule within the limits of the train departure times. A direct train takes just over 4 hours. For all practical purposes, there is only one train per day that is worth taking to Kalabaka for a day trip and one returning. 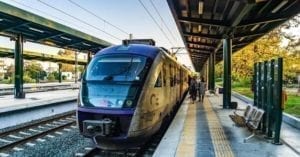 How Much Does It Cost?

The cost of the trains is the cheapest option to get to Meteora, with the price costing under €20 per person, each way for a second class ticket. You can book tickets online or at the station, although it is advisable to book them ahead of your journey if you are travelling during peak season. Tickets can be booked from the OSE website.

Where Does the Train Depart from?

The train departs from the Athens national railway station, which is located opposite the exit of Larissa metro station. To get to Larissa, take the M2 (red) metro line from either Acropolis, Syntagma or Panepistimio northbound towards Anthoupoli.

Using this method it will be easy to get from Athens to Kalabaka, as the train runs directly there and from a central point in Athens, easily reachable via metro. However, there is only one train leaving from Athens directly to Kalabaka, and the one train returning directly. All other trains leave at times which makes them useless for a day trip. Furthermore, once you reach Kalabaka, you will head to the monasteries either on foot or via an alternative transport means, such as a taxi.

There are a number of taxis which wait at the central squares in Kalambaka, as well as 4 daily buses that run to Meteora from Plateia Dimarchiou (Municipality Square) or the KTEL station. The steps up to the monasteries are a long way and some form of transportation to the monasteries is advised. 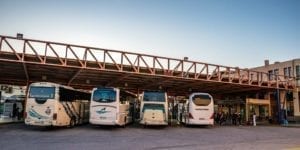 How Often Do the Buses Run?

Where Can I Find the Buses?

The buses depart from Athens at the KTEL Liosia station in Kato Patissia/Tris Gefyres. The nearest metro station is the Kato Patissia metro line 1 (green line) towards Kifissia. You can catch this line from Monastiraki station. When exiting the metro station, you will want to head south on Acharnon until you reach Kapidaki street and head west until you get to the KTEL station.

This is by far the least convenient option and it is almost unnecessarily difficult. This option is faced with numerous hurdles. Firstly, finding the KTEL station is not so easy if it is your first time in Athens. Once you have found that and your bus, you have to change at the destination Trikala to travel to Kalabaka. At Kalabaka you then have to climb the many steps to monasteries or find an alternative transport option to the top, such as a taxi. With such a long trip involved, you will have to leave very early and come back late, with a lot of travelling involved.

Taking this option is not for everyone. It is definitely advisable to avoid if you have a large group, young children or elderly people travelling with you. The public services of the KTEL stations are known to be pretty poor, so you should prepare yourself before you travel

Car hire is another option to take a Meteora day trip from Athens. Having your own vehicle and driving to Meteora yourself is the most flexible option for exploring the sites. Being able to go from Kalabaka to whichever monastery you like, or to Kastraki and other local sites is very important in such a culturally rich place. Meteora is located over a 4-hour drive away from Athens, so it is important to be well prepared regarding your visiting schedule, to make the most of your day.

Cost of Hiring a Car

There are a number of factors influencing the cost of the car you hire per day. These include: the company you hire it from, the model of the car, your age, your driving record, your pick up, if you pay in advance online and the season that you wish to hire in. Cars can easily cost upwards of €50 per day. Beyond that you will have to pay for fuel charges, tolls and put down a large deposit for the car.

Having your own car gives you the freedom to go to the sites and monasteries of Meteora that you choose, as well as to travel at the time that suits you best. On the other hand, the journey is 4 hours drive each way, not including traffic getting through and out of Athens. This option does not have a guide involved either, meaning you will not have the background and historical context made clear to you when you arrive, or throughout your journey.

The trip to Meteora will involve driving through mountains with limited phone signal out there, so it is important to have a fair idea of the route, particularly through that part as GPS might not work so well. Also expect to have to go through multiple toll gates on your journey.

How far is Meteora from Athens?

The distance from Athens to Meteora is approximately 350 kilometres and it will take around 4 hours to get there with a car.

How to get from Athens to Meteora?

There are 4 ways to get from Athens to Meteora. These include: a private Welcome Pickups tour, a bus tour from Kalabaka, the public KTEL coach or your own car rental.

How much does the bus cost from Athens to Meteora?

The KTEL local bus tickets cost €24 one way for adults. There are also discounted tickets offered for students, children and unemployed.

What is the cheapest way to get from Athens to Meteora?

The cheapest way to get to Meteora from Athens is by the national train service. There is only one train per day.

What is the fastest way to get from Athens to Meteora?

The fastest way to get Athens city centre to Meteora is by taking a private car tour with an expert local driver. You can also choose your own car rental.

How do I get to the Meteora monasteries?

The monasteries are located at the top of a number of precipitous cliffs. They can be accessed by vehicle from the nearby city of Kalabaka.

METEORA TOUR WITH A LOCAL