The absolute best way to see the magnificent city of Prague is on foot. Most of the historic areas are closed to motor traffic, and strolling around the winding cobbled streets is simply magical. If you’re short on time, but don’t want to miss any of the top historic sites in Prague, or if you’re simply overwhelmed and don’t know where to start, then you should start by following our below walking tour itinerary. 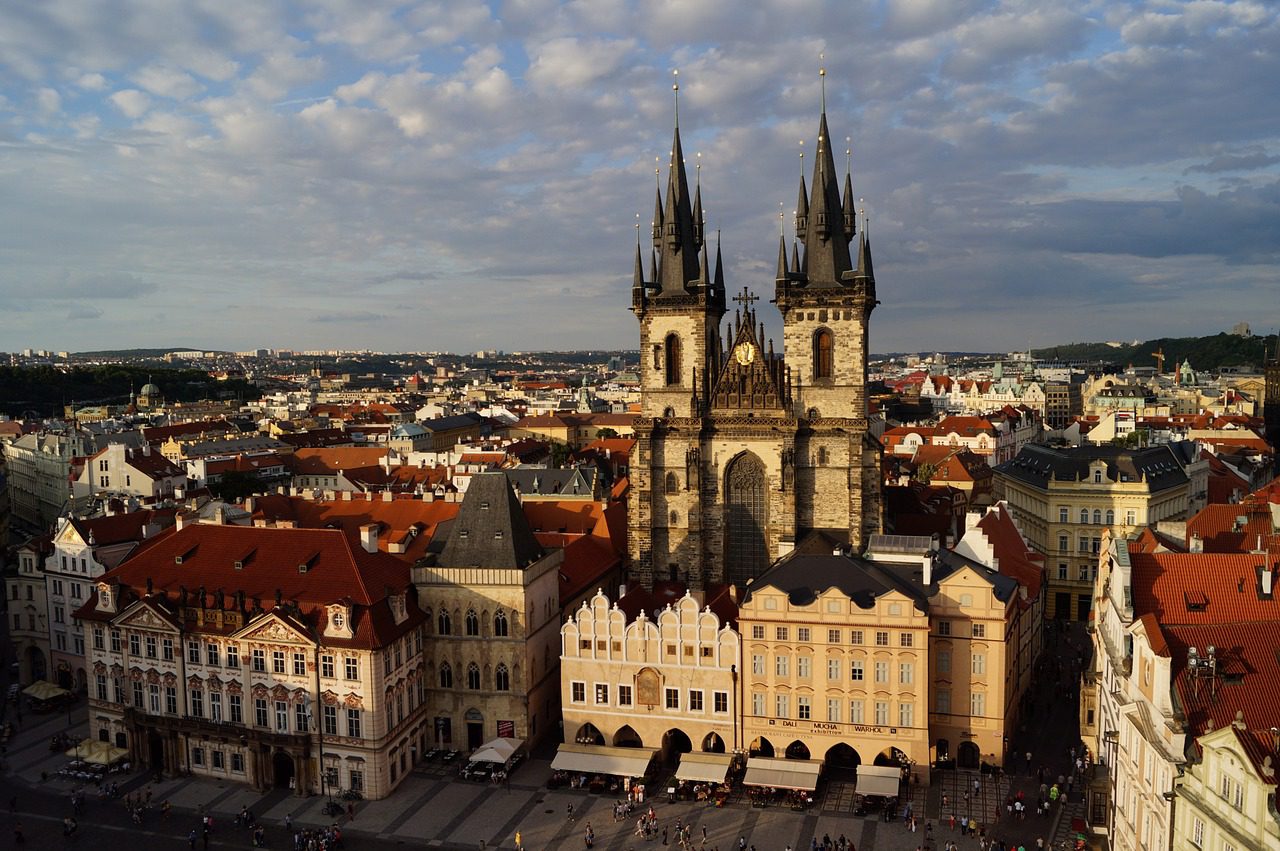 Start your Prague walking tour off at one of the city’s most stunning landmarks, the Královský letohradek, or Royal Summer Palace. Enter the breathtaking palace gardens, and embrace the life of Czech Nobility as you stroll past the many exotic plants. After an invigorating stroll through the botanical gardens, you will cross the famous Deer Moat bridge, which is there that King Rudolf II used to keep his guard lions. After crossing this iconic bridge, you can see the unmistakable columns and arches of the Royal Summer Palace itself. This amazing structure was commissioned in 1538 by Ferdinand I for his beloved wife Queen Anne. So, no expense was spared when hiring only the best Italian stuntmen to create its airy arcade and extremely lavish and intricate decor. 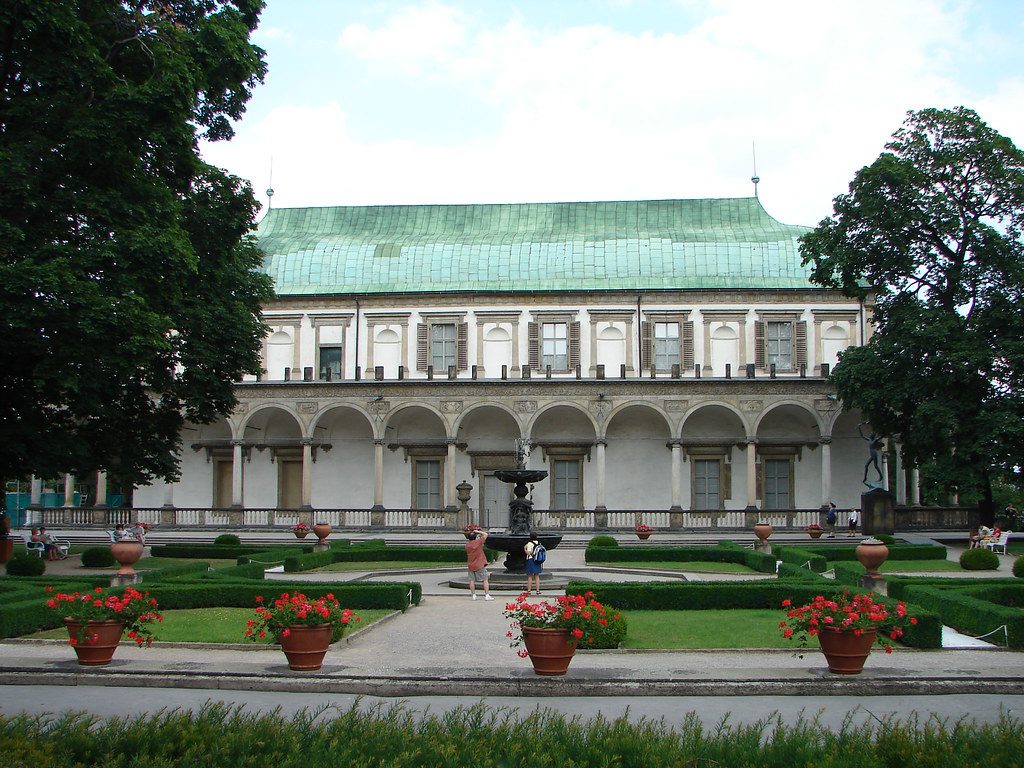 As you walk towards the Palace, you will enter the spacious courtyard, where the awe-striking St. Vitus Cathedral will roll into view. This Gothic masterpiece was started in the late 14th century, but due to creative and financial difficulties, wasn’t completed until 1929. Be sure to pay special attention to the magnificent Alfons Mucha stained-glass window, which depicts the unforgettable life of Saint Václav, patron saint of the Czech Republic.

As you leave the cathedral and begin to walk downhill through this ancient castle, you will see the oldest vineyard in Czech History stretching out before you. St. Wenceslas vineyard was famously cultivated by Prince Wenceslas, the patron saint of the Czech nation, and has since been perfectly preserved in its original, unaltered appearance. The little ones can blow off some steam running up and down through the many rows of vines, while you can sit back and enjoy the stunning panoramic views of Prague’s Old Town with a glass of wine in hand. 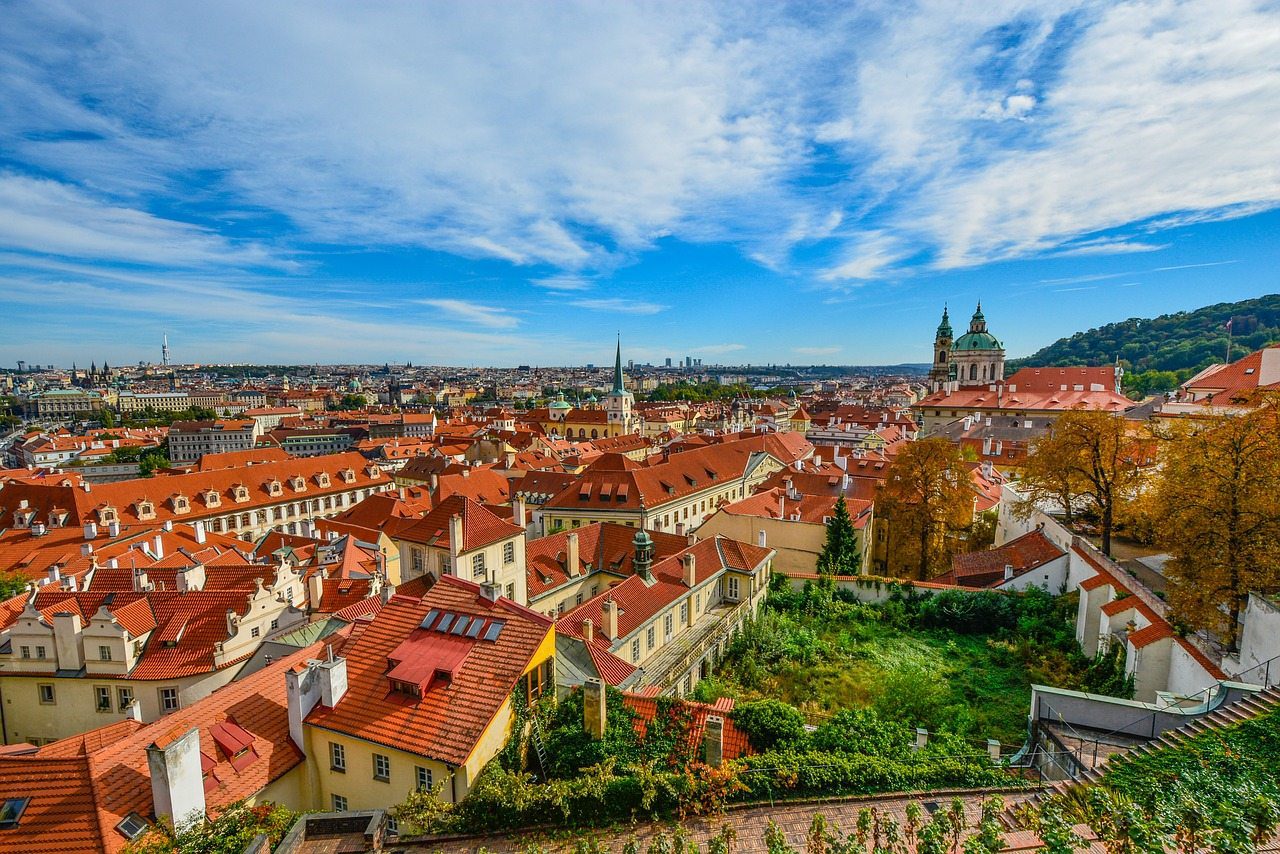 Next stop the mesmerizing Baroque garden, Wallenstein Gardens. This is probably one of the best family stops on the walking tour as people of all ages will adore watching the live peacocks roaming around and the woodland owls relaxing in a large cage towards the back of the gardens. The wonderful buildings surrounding the Wallenstein Gardens now house the Czech Senate, giving this area a new nickname, the Senate Gardens. 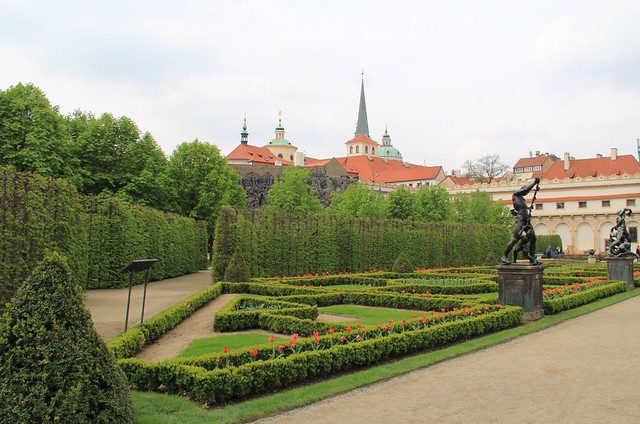 After getting in touch with nature, you will head to the Charles Bridge, that stretches over the beautiful Vltava River. Stroll to the middle of the bridge, and you will see the dominating Knight Bruncvíc statue glistening in the sunlight. This giant statue featuring a knight with a magnificent gold sword is the legendary guardian of Prague, said to protect the Charles Bridge. 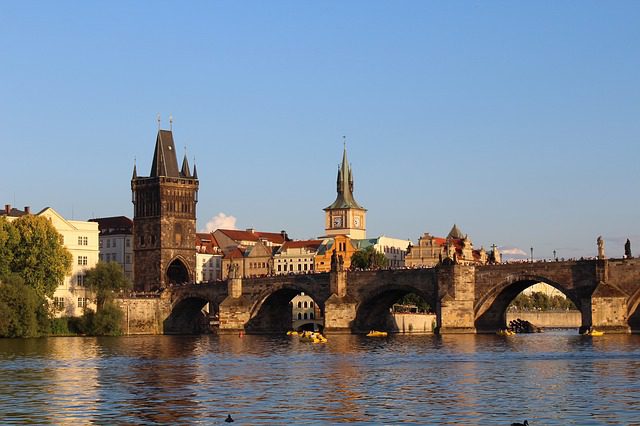 For a touch of more modern history, follow the curving streets down towards the famous John Lennon wall. This area of the city has been specifically sanctioned for graffiti, so people can leave their mark on the city. Although this wall was originally formed as a symbol of resistance against the communist regime that outlawed any non-propaganda music, it is now an ever-changing sea of color and memories. Be sure to bring a pen or two for the little ones, so they can leave a beautiful picture and become part of Prague’s history.

Your next stop will take you back across the Vltava River, providing you with stunning views of the old castle. As you reach land again, you can’t miss the large gold-topped building looming on your right. This is the National Theatre, built in the 19th century and one of the most important symbols during the Czech National Revival. If you and the family are beginning to feel a little hungry at this point, there’s a lovely little art deco cafe on your left, which is where many of the famous Czech political figures liked to meet. The food is traditional Czech cuisine, but they also have many options to suit kids taste too.

After a refreshing food stop, you will follow the road down to Charles Square, where the very first defenestration in Prague took place. The Czech Hussite Church threw seven Catholic officials out of the New Town Hall windows, which actually sparked the Hussite wars of Prague. Once you’ve soaked up the dark and interesting history of Charles Square, it’s time to bring your Prague walking tour to an end with a visit to the oldest pub in Prague. U Fleků was founded in 1499 and has brewed it’s own dark larger ever since. Sit back, chat about the amazing historical sites you’ve seen on your Prague walking tour, and enjoy a traditional Czech beer. 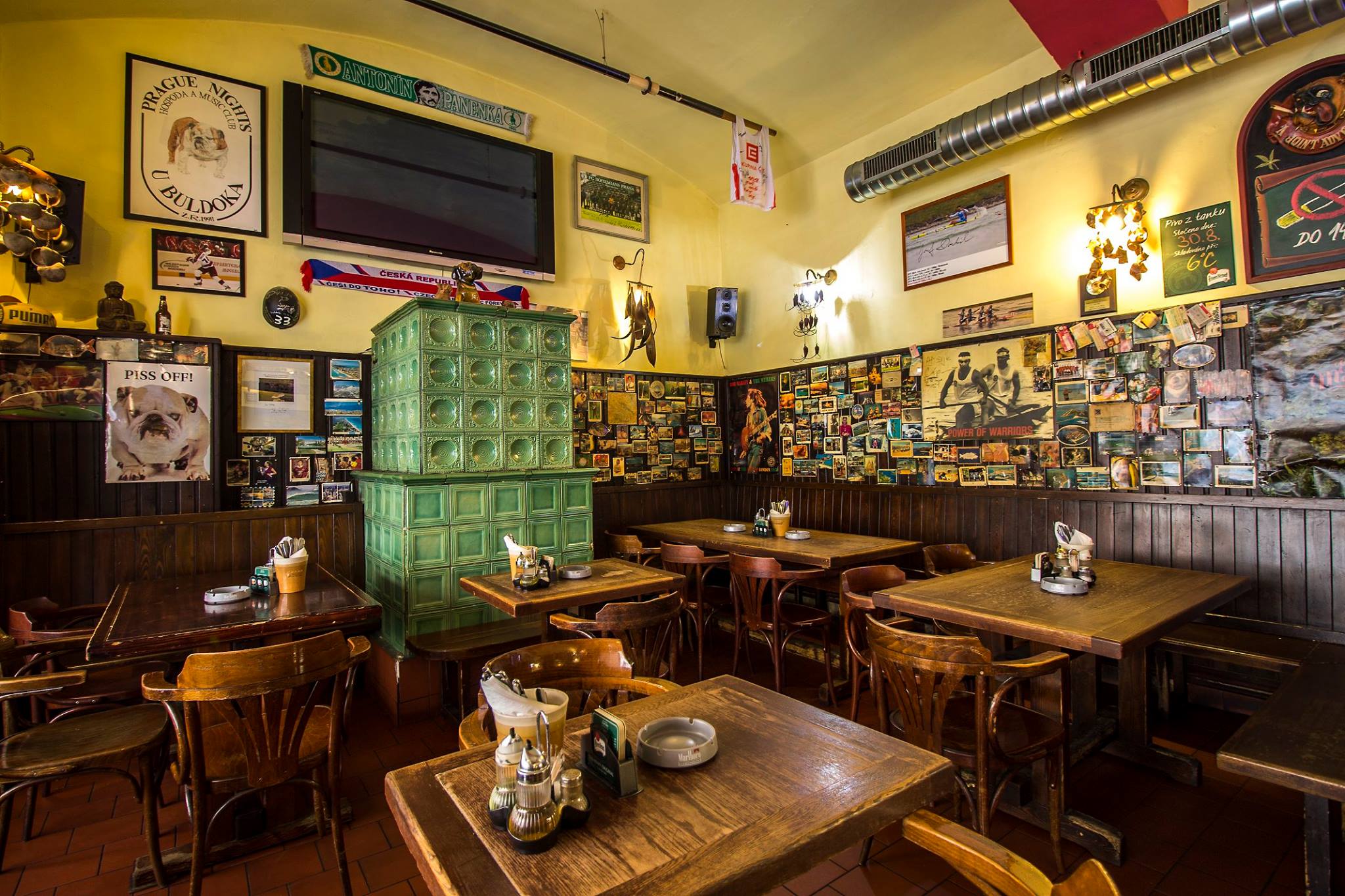 Prague has an immense number of crazy pubs, clubs and classy cocktails bars, despite its love for beer, to see you through the evening.

Best Places to Eat in Prague

Prague has taken the best cooking techniques and flavor combinations from its neighboring cities to create some of the finest restaurants in the world.

Best 6 Places for Brunch in Prague

Prague is a great place for brunch lovers. From small, cozy cafes to terrace-view, there’s plenty of places to choose from to get your morning coffee fix.
More guides