There are many things to see and do in Berlin, and it isn’t uncommon that people who have planned a weekend getaway end up extending their stay. Such is the size of the city and the densely packed options for entertainment, stemming from all corners. There are many great historical buildings and sights to see, and other culturally relevant places to go. On the other hand, Berlin is a city with many great ways to spend your time, beyond the obvious sights of the city centre. If you are returning to Berlin or looking for something different, then this article will suggest some alternative things to do.

A giant fantasy-gothic edifice stands up into the sky, piercing the blue with its sharp maw. Seemingly, a volcano with an attitude. Inside, the effect is the complete opposite. With an emphasis on soft lines and smooth contours, the atmosphere is established with the emphasis on one thing: relaxation. The Liquidrom comprises of a series of saunas and baths, with ambient lighting and music. However, the main event is the saltwater floating pool. The pool is surrounded by intricate arches, a dark room, a moonlit skylight and disco lighting. Music is also played, which can be heard under the water. Depending on the schedule, this varies from techno and electronica, to classical. Experience floating weightlessly, immersed in liquid sound.

Posted by Liquidrom on Thursday, December 20, 2018

Once the major airport that supported Berlin through the 20th century, including the infamous Nazi regime during the Second World War, Tempelhofer has been closed as an airport since 2008. It is now open and used as a major recreation park for the city’s inhabitants. It is located in south-central Berlin, in the Tempelhof-Schoneberg district. As well as being situated on a very historic sight, the park has many recreational activities to offer. Many locals can be found rollerskating, cycling, jogging, walking dogs and picnicking on the grass. There are also ‘fun-zones’, with barbeques, bike rentals, mini-golf, a skate park, art projects and urban gardens. Also, the big hit with many is the Luftgarten beer garden, to enjoy a drink or two on a warm, sunny day. The park is open throughout the day and usually closes at sundown, although visitors are free to enjoy their time there and leave via the exit turnstiles. 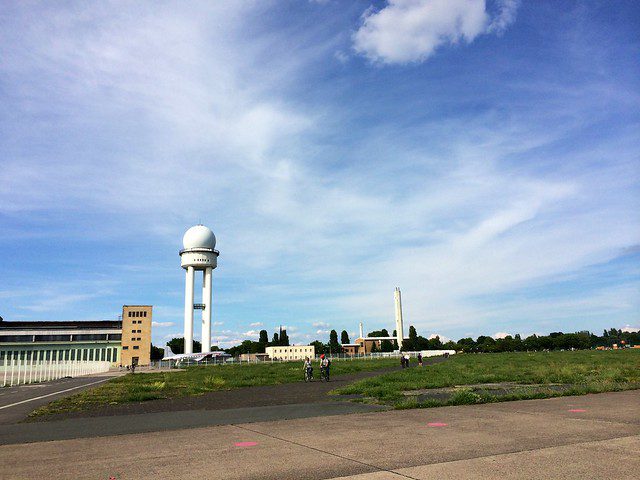 The summer months bring a great liveliness to the city, and many events open up. One of the signature events, and popular with people from all over, is the Bearpit karaoke. In the Mauerpark, a large park in the northern area of Berlin, they host the show every Sunday of summer. It is a fantastic event with an excellent, friendly and welcoming atmosphere, featuring lots of local talent, alongside comedy performances. Anyone who has the nerve to sing along in front of thousands of cheering spectators can, within an iconic stone amphitheatre. The event is orchestrated by its founder, Joe Hatchiban, who has a talent for making sure the playlist keeps the crowd happy every time. If you don’t fancy singing it is a great place to relax and have some fun, as well as being close to the Sunday markets open in the area. 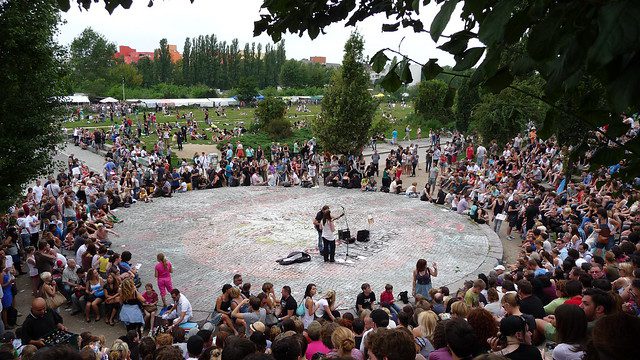 What was once one of the most impoverished neighbourhoods of the city, due to being surrounded on three sides by the Wall, it was reclaimed by cultural innovators of all stripes, and transformed into one of the most exciting neighbourhoods. Resonating to the vibes of artists, musicians, anarchists, squatters and free spirits, the area features a variety of colourful murals, buildings, cafes, restaurants and markets. Although the forces of gentrification have inevitably impacted the neighbourhood, there are still many community projects such as gardens and cultural centres. For the traveller wanting to explore Berlin’s eccentric side, here is a great place to start. Known in English as ‘Peacock Island’, take a trip out on the S-Bahn and via ferry to the 243-acre islet situated on the Havel river. What was once the site of an Iron Age settlement, it became a glassblowing workshop upon Royal decree in the middle ages. It then became the sight of a rabbit farm, where it was named Rabbit Island until Frederick Wilhelm II decided to make it a getaway place for his wife and a nature refuge. The imposing ivory white castle that still stands today was built at the time as a summer residence. His descendants later created an exotic wildlife reserve there, with a broad variety of animals. These were later mostly transferred to Berlin Zoo, but a large number of peacocks remained to be permanent inhabitants of the land. Now you can find a number of gardens and walkways, as well as some old buildings.

To the west of the city and bordering the Haver River is the Grunewald, a 3,000-hectare space of green, the largest in Berlin. Here you can come to truly forget the noise and bustle of the streets, as you hike your way through a variety of both deciduous and coniferous forest. There are a number of lakes here which are good for swimming in when the weather is hot, as well as some historical buildings and the forest periphery, of noted members of Prussian society. It’s recommended to stay on the paths here as wild boar do also live here. To the northern edge is the Teufelsberg, a hill which peaks at 120 metres, the largest in the city. But what’s special about here, is that it is the deposit of thousands of buildings worth of post-war rubble. This hill is completely artificial and has greened over in its surface to match its surroundings. For some time this was the city’s winter ‘ski-hill’ until the summit was utilised by the United States’ National Security Agency as a listen to post. This building is now abandoned, however, there is an €8 fee to get through the gate. Exploration has become physically possible, however great caution is advised. 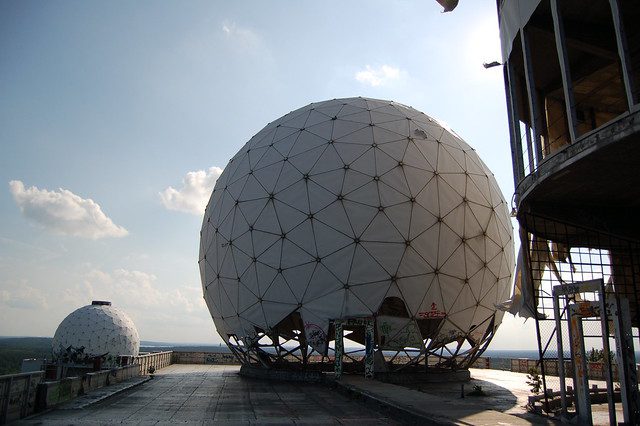 Discover the most amazing museums, historical sites, quaint cafes and stunning views that are sure to keep you busy during your long weekend in Berlin.

Top Things To Do in Berlin

Along with its outgoing vibe, Berlin is great for having a good time and living life to the fullest. In Berlin, you’ll learn to never sit still for long.

Spend a Day in the Countryside of Berlin

Waterparks, exotic animals, sand castles on the beach, medieval villages and grand castles are just a few things to do during a day trip from Berlin!
More guides