Rome is a busy city with an inexhaustible number of things that you can do. Therefore, you may want to plan the sights you will visit and your transport there. While the Vespa scooter is an iconic sight on the road network in Rome, the public services network may be preferable. You can utilise the local buses, metro, taxis and your own two feet! Read on to discover what will be the right methods for you.

Initially, your first trip will probably be your transfer from the airport to the city itself. We have two dedicated articles for Ciampino and Fiumicino airports respectively. For a full, comprehensive, airport transfer and a range of personalised city tours, don’t hesitate to choose us at Welcome! 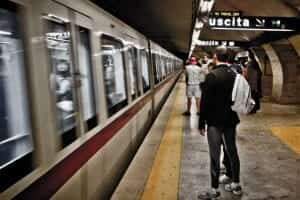 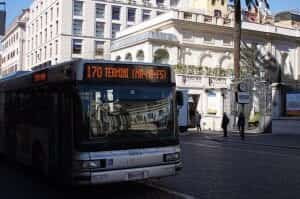 The layout of Rome is similar to many classical European cities. A lot of the city’s ancient historical sights and must-see historical highlights are located in the centre. These are typically within a 20-minute walk of Rome’s Termini central station. For this reason, spending a good amount of time on foot is a great idea. Highlights include the Colosseum, the Pantheon, La Fontana di Trevi, the Spanish Steps, Roman Forum and the many impressive Basilicas. These and the many other visual treats could be missed or not properly appreciated by taking public transport.

Other locations which you should not want to miss are further out of the city centre. Some of these are the Vatican city, the Villa Borghese and the Catacombe di San Callisto. If you have the time, a well-planned route by foot is ideal, because of the many sights you will see. However, if time is not on your side, an alternative might be required.

The metro in Rome is an easy and efficient way to get about faster than on foot. It is a small network with only 3 lines: Green, Orange and Blue. The orange line runs through Termini station, running roughly from north-west to south-east. This is the line you need for the Vatican city. The blue line crosses the opposite way, from north-east to south-west. This is the line the Colosseo metro station is on. The green line stretches from the centre to the east of the city. The metro opens at 05:30 am until 23:30 pm. On Friday night and Saturday nigh,t it is open until 01:30 am.

The bus network is an effective alternative to the metro. Especially if you find yourself close to a bus stop at night, when the metro isn’t operating. There are the daytime ‘Urban lines’(U), the Night buses (N), the express lines (X) and the ‘exact links’ (E). The X lines service the city outskirts, whereas the E links connect the city centre to the surrounding neighbourhoods. A hop-on hop-off bus service is also a fantastic way to get around and explore the city.

There are many bus routes, which can make things a bit confusing. However, you can find the schedule and direction of the buses at each stop. Many also have digital signs, with updates for which bus is due. Just bear in mind that traffic in Rome is heavy at the best of times, so you should expect the buses to be somewhat delayed.

Other options that we’ll mention are the tram, urban railway and taxis, howeve,r they are likely to be less useful modes of transport.

The tram is typically slower than the bus network and operates more on the outskirts of the city. Whilst helpful for locals living outside the city centre, as a tourist a local bus or metro would be more efficient. 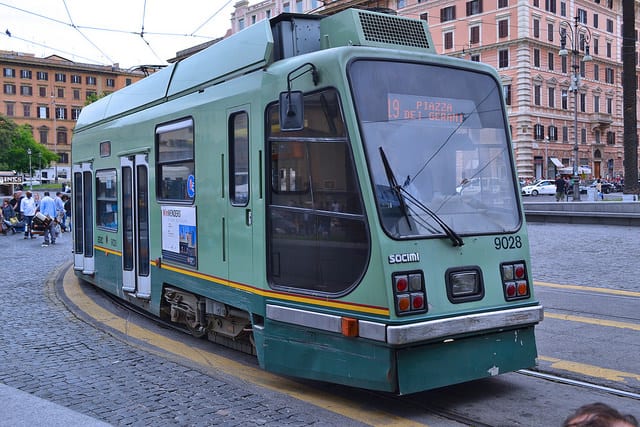 The urban railway network is an above ground train network operating through the city. It is useful if you need to get to more northerly or southerly neighbourhoods. Also, if you want to take a suburban train out of the city, this network should connect to it.

There are also many taxis that can be taken, should you need to. They are white, have ‘taxi’ written on top and should have the company phone number on the side. It is advisable to take a fully licensed taxi, because they are reported to overcharge customers. An average journey in central Rome should cost between €6-€8, but night charges and additional luggage incur extra costs. 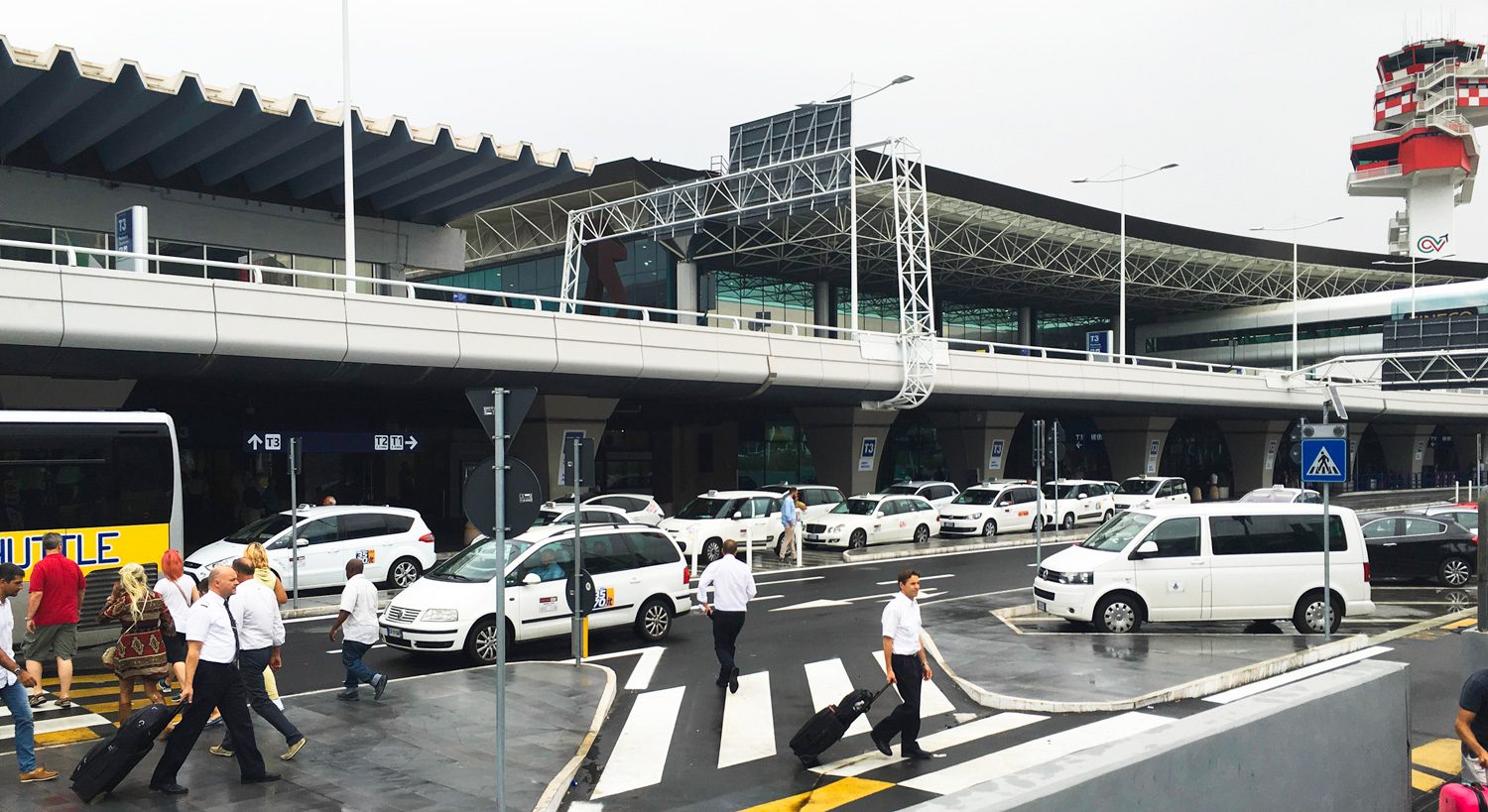 Tickets in Rome work across public transport types. Beginning at €1.50 for up to 75-minutes. These tickets are only valid once on the metro. However, you can transfer to other transport services, such as a bus, within the 75 minutes. Other ticket types include: day ticket (BIG)- €6, 3 day ticket (BTI)- €16.50, week ticket (CIS)- €24. There are also monthly and yearly passes if you are staying longer. These tickets are available at metro station vending machines, as well as newsagents, kiosks and some shops.

Find all ferry schedules from Civitavecchia to Olbia, Sardinia with Ferryhopper

It is important to validate these tickets, which will be done automatically when entering the metro turnstiles. If not using the metro, there are validation points on other transport types. Children under 10 years old may use public transport for free. For the all in one, you can opt for the Roma Pass. This will cover you for your public transport use, as well including museum entry.

It is worth taking some time to factor in transport when planning your itinerary. But, keep in mind that everywhere you go in Rome, it is always bella vista! Enjoy the view!

Whatever your holiday budget, money is essential. So is staying connected with home. For a comprehensive guide to these necessities in Rome, read on.

The Best of Rome’s Contemporary Culture

Rome has always been a centre for art and culture. This is still true today. This guide explores the best examples of the modern arts the city has to offer.

The culinary experience of Rome is like no other! For the best places and experiences of eating out at night, look no further than this guide!
More guides