Kos is an island absolutely steeped in history and shrouded in legend. Since its beginning, Kos has had a long and illustrious history, constantly inhabited by different civilizations since the early Helladic period in 2,300 BC. Because of this, there’s a magical mix of architectural styles, cultural traditions and a never-ending stream of remarkable excavation sites. You could spend months walking around the island, exploring each and every piece of history on offer. Or, you could read our guide to the must-see historical sites in Kos and get an expansive and detailed overview of the islands unique history.

Uncover the mystery of the Palio Pyli Castle

Standing proudly on top of a large hill just west of the Mount Dikeos range is the spectacular abandoned Paleo Pyli fortress. Due to the pottery fragments in its walls, this impressive building has been dated all the way back to the Bronze Age. The Paleo Pyli fortress has been home to many different settlements throughout the ages, and many sections have been rebuilt, reworked and remastered. Including the central gate, which was built in the 11th century using the “hidden plinth” method, something very advanced for that time and the only example of this type of craftsmanship on the Dodecanese Islands. In 1820, the inhabitants of this mighty fortress were mysteriously wiped out, and it has remained abandoned ever since. If you’re a history buff or simply a lover of the mysterious, then his is one of the must-see historical sites in Kos. 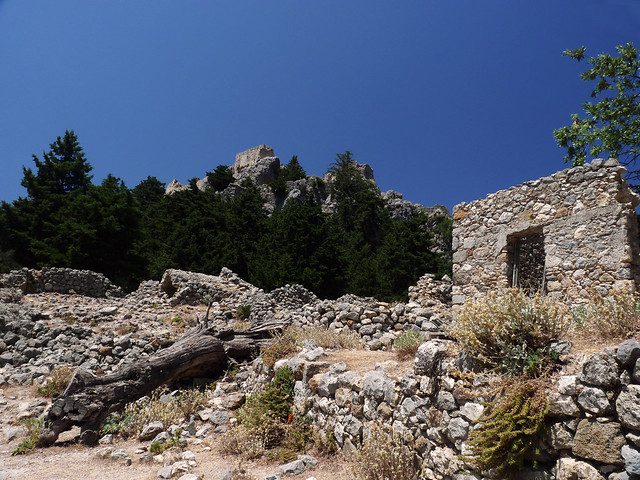 The Ancient Agora of Kos

This fascinating excavation area is a must-see historical site in Kos for anyone with an eye for Greek history. Walk among the imposing columns, the grand temples, ancient bathhouses and the local’s dwellings, which still contain intricate mosaics on the floors and walls. Possibly one of the most fascinating parts of the Ancient Agora is the marketplace. This single area is evidence that there were people living in this excavation site over many distinctive periods. The Ancient Market is also where they found the prided joy of this historical site, a wall fragment made of humongous stones that measure 80 meters long by 2.5 meters high. Take a fascinating stroll through ancient Greece at the Ancient Agora. 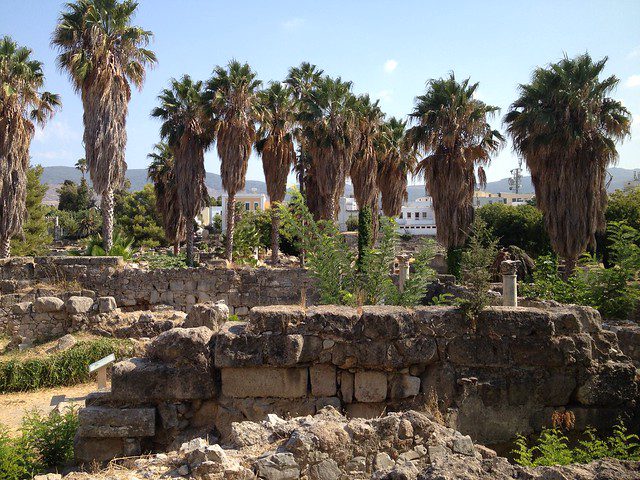 Simply walking into this grand theater you can faintly hear the excited screams and hurried footsteps of spectators rushing to get to their seats. The Roman Odeon of Kos truly is a remarkable sight to behold. Built in the 1st century, this large stadium would have held around 750 people and been used for musical competitions, theatrical shows and as a seat for the Senate during honorary ceremonies. The Roman Odeon was found in 1929 by the Italian archaeologist Laurenzi during an excavation of the surrounding area. Reconstruction was started immediately, however it wasn’t until 1999 when the Roman Odeon was brought to its former glory by a Greek archaeological team. Today, this grand place hosts many cultural events and performances organized by the local authorities. 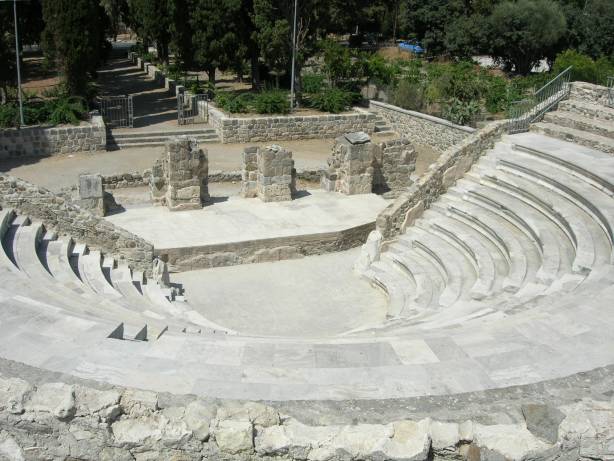 This breathtaking Roman house dates back to the Roman Imperial years and is a perfect example of highly refined Hellenistic masonry. Although many additions have taken place during the 3rd century, you can still see marvelous mosaic and marble elements from the original build. Other fantastic mosaic detailing from the reconstruction in the 3rd century can also be found, such as elaborate jungle and underwater scenes. Most probably owned by a rich and prosperous Roman islander, this large house boasts an impressive 36 rooms and some of the most opulent decor ever discovered from that era. If you have a keen eye for the finer things in life, then Casa Romana is one of the top historical sites in Kos for you. 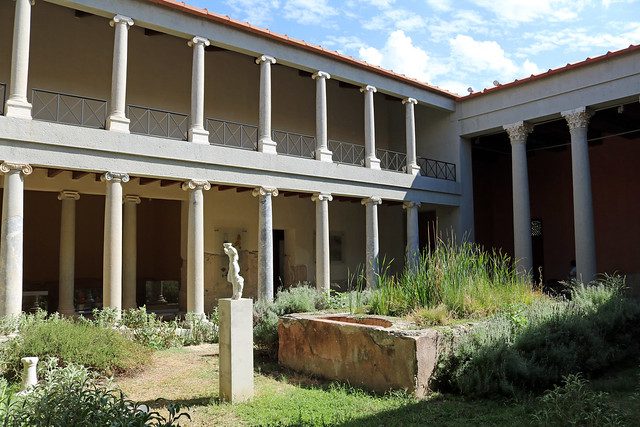 Sitting proudly upon a purpose build trapezoid shaped mound is the awe-inspiring Temple of Hercules. This once grand structure has been dated back to the 2nd century BC and is thought to have been built in dedication to Hercules because of the inscriptions and objects found around the site. The mysteries continue to unfold as findings related to this mighty legend are found and pinpoint his location to this very spot. Today, the only parts of the temple left standing are the Efthentiria foundations, the base structure and the lower parts of the walls. Simply having the chance to follow in the footsteps of such a Greek legend deems the Temple of Hercules one of the must-see historical sites in Kos. 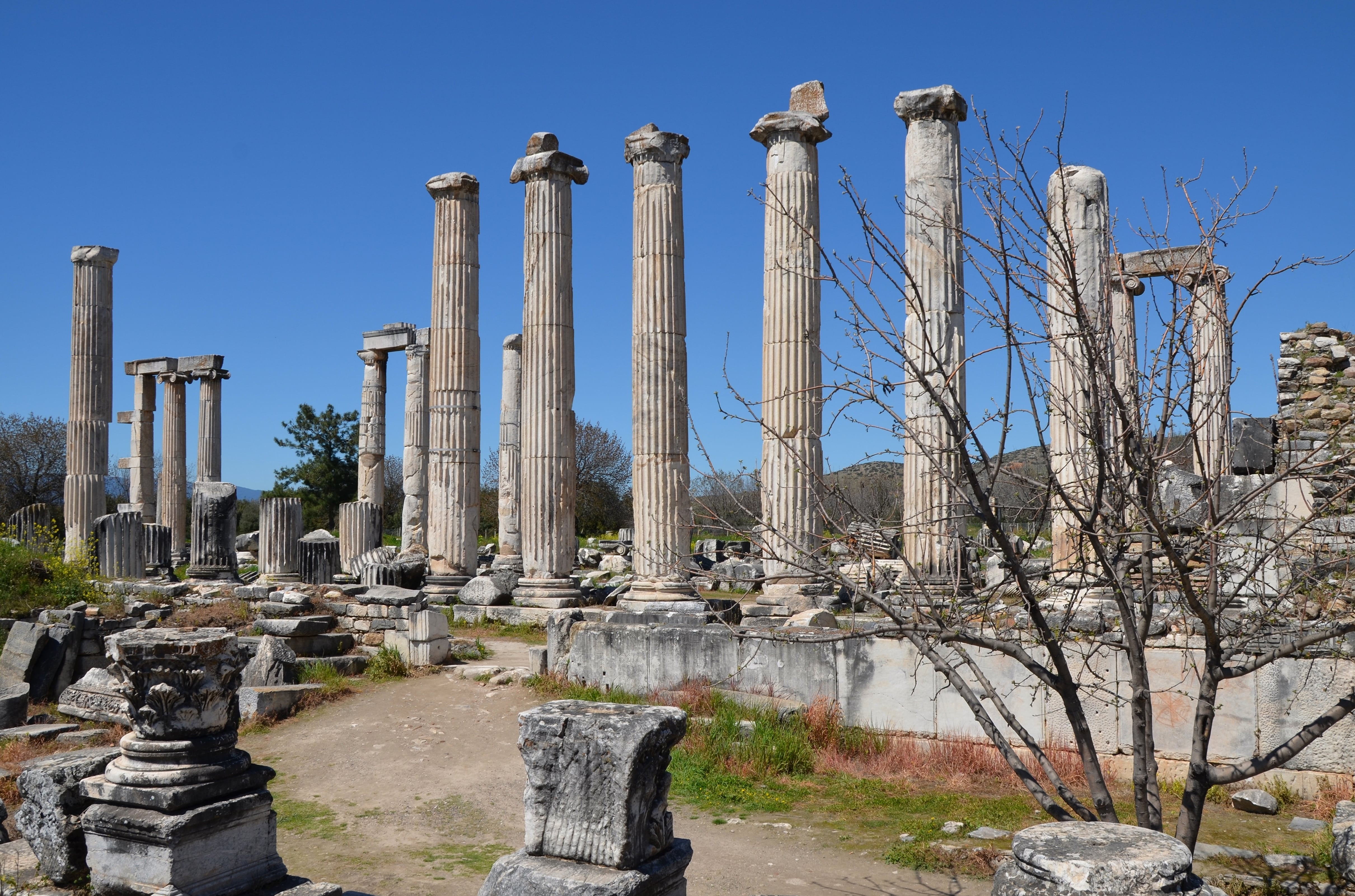 Families need something for everyone when it comes to beach days, so we've put together the most beautiful, well-equipped family friendly beaches in Kos!
More guides