One of the most popular museums to explore is the Agricultural Museum. This is an open-air museum, with a small display located inside the 16th century Boni windmill, at the upper windmills near Mykonos Town, or Chora. These can be found overlooking the town from the east, and the area is known locally as Ano Myloi. The museum is a subsection of the Folklore Museum and contains many exhibits of old agricultural tools and machinery that were used prior to industrialization. Noted exhibits include a wine press, a water wheel, a stone cistern, and a traditional wheat threshing machine. The grape harvesting festivities on the island are celebrated in conjunction with the museum. Besides this, it is popular for being able to see the interior of a working windmill, that still grinds flour to this day. The museum is free to enter, so feel free to come by. It is open from June-October from 16:00 – 20:30 pm. 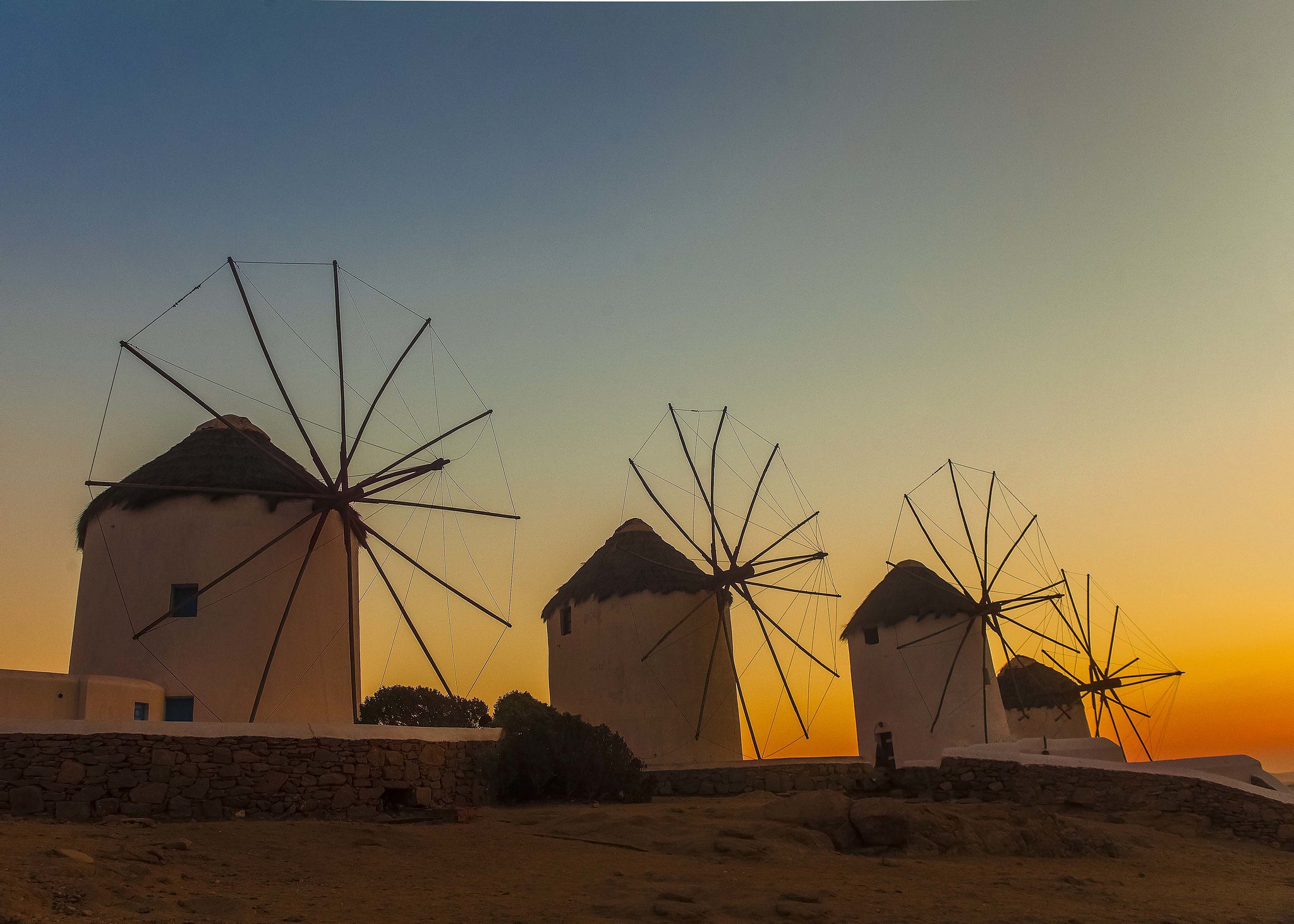 Located on the road heading down to Chora from the Old Port is this beautiful example of a collection from antiquity. It was built around the turn of the 20th century, to house the many findings from the ‘Purification Pit’, a popular archaeological site at the time, dating back to the 5th century BC. There were many ceramics, vases, and amphorae found, dating back to Prehistoric times, as well as the Hellenic period. The most notable is the large pithos vase, which depicts the capture of Troy from the Greeks, utilizing the Trojan Horse. There are a number of marble grave stele on display, as well as the remains of a classical statue of Hercules, complete with the lion’s pelt and his club. A number of other precious artifacts are on display too, as well as findings of everyday tools and items. 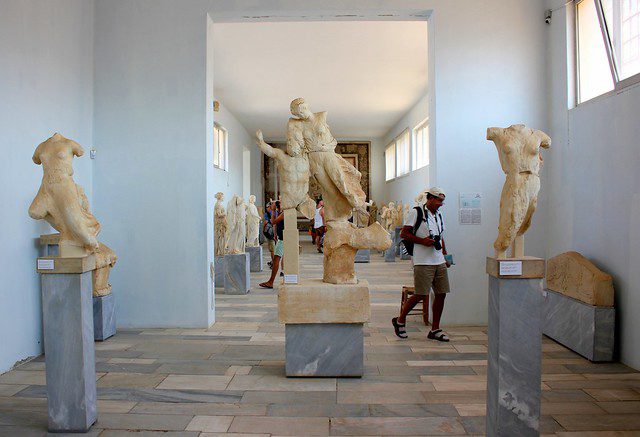 On the island of Delos, just opposite from Mykonos, accessible by boat from the Old Port, is the Archaeological Museum of Delos. The island is now a UNESCO World Heritage Site, and has a rich history of religious devotion and was considered sacred. The museum consists of 9 rooms, 6 dedicated to different types of artifacts discovered at the various sites on the island. Examples include the statue of Apollo, which resembles the larger statue found at Delphi, the row of the original guardian lion statues and the 15th-13th century BC Ivory Plaque, made of gold, bronze, and ivory. Two more rooms are dedicated to the recovered pottery and ceramics found from the excavation sites. The final rooms hold ancient items of everyday, household, and private use. 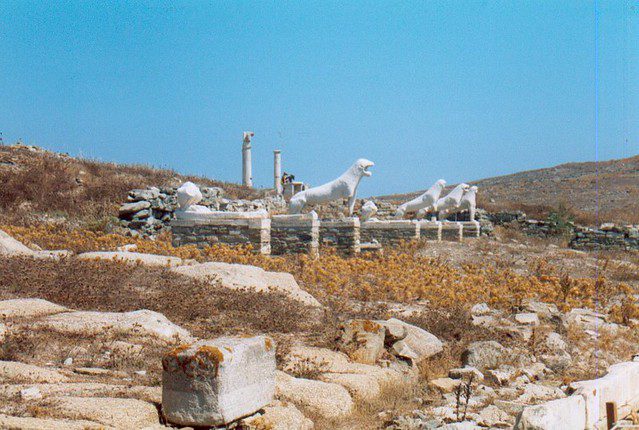 A typical example of a 19th century, middle-class home, named after its last resident and owner, Lena Skrivanou. Today it is part of the Folklore museum and is open to the public, to showcase the lives of the Mykonians. It is kept very much in the way that it would have been, with all the original antique furniture, fixtures, rugs and layout. There are the bedrooms, two courtyards, a drawing room, and even a dovecote. You can find tapestries, wood carvings, mirrors, hand-crafted fine pottery and other furnishings of the original place. It is located at the Tria Pigadia in the centre of Chora, next to the Maritime Museum. Opening times are 18:00-21:00 pm except for Sunday which is 19:00-21:00 pm. 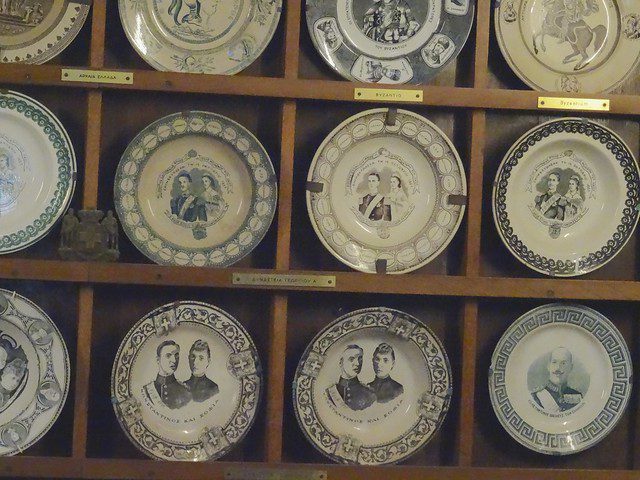 The main building for this museum is to be found at the nearby area of Kastro, just outside of Chora. It is close to the popular church of Panagia Paraportiani. It was opened in the mid-20th century and is a storehouse of artifacts from the 19th-century living. On display are antique furniture, old tools, photographs of the period, ceramics and even traditional musical instruments. Mykonos has been known over time for being a producer of fine textiles, many of which are on display, alongside the excellent embroidery. A number of paintings on canvas are displayed here, alongside artifacts of the War of Independence such as cannons. Fishing boats are also displayed, noting the significance of the profession to the Islanders. Some small handmade items are available for sale at the gift shop. The museum also has an archive and library, as well as a number of events organized throughout the year. Entrance is free, but it is only open from April-October, 17:30 – 20:30 pm, Monday – Saturday. 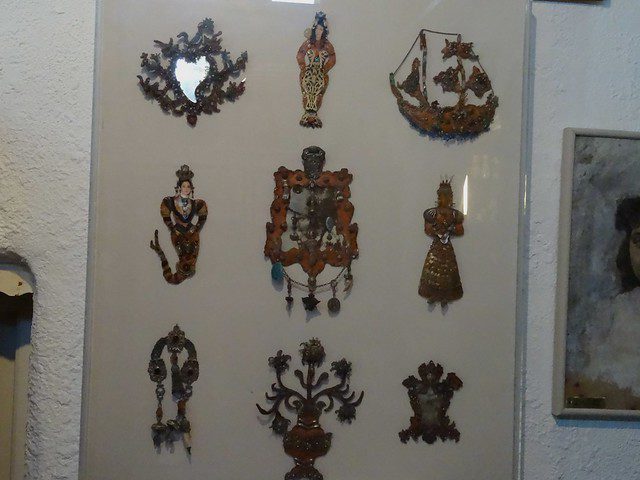 In the centre of Chora and close to the Tria Pigadia (Three Wells) is the Aegean Maritime Museum. It is located inside a 19th-century house that used to belong to Captain Nikolaos Sourmelis, who was a participant in the Greek War of Independence. Displays and exhibits demonstrate the importance of the nautical history of the islands and show the development of maritime technologies and vessels from the Minoan period to the 20th century. There are a series of boats, historic shipping documents, maps, engravings, ancient tools, and historical equipment. There is a library with a collection of over 5000 books, as well as a garden with a collection of recovered marble artifacts from Mykonos and Delos. As part of the museum, sights around the island have been restored. These include the Armenistis Lighthouse, the ship Evangelistria and the cable-laying ship: Thalis o Milisios. The museum is open from 10:30 am -13:00 pm from Nov-Apr and 18:30-21:00 pm from April – October. 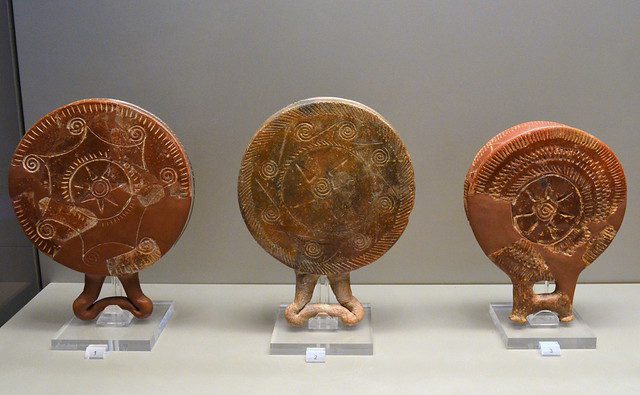 Set up more than two decades ago it has maintained its prominent place as a hub for the display of international and local talent in the centre of Chora. Beyond the typical fine art of paintings and sculptures of the beautiful idyllic scenes of Mykonos island, the gallery takes its inspiration from international icons and any form of artistic expression goes here. As such, you can find photographs, video, interactive art and lifelike models that can be confused as real people from a distance. A series of 5 exhibitions at a time is set up, and these rotate throughout the year. It is a must-see for fans of contemporary art. The gallery is open from 10:00 am -12:00 pm. 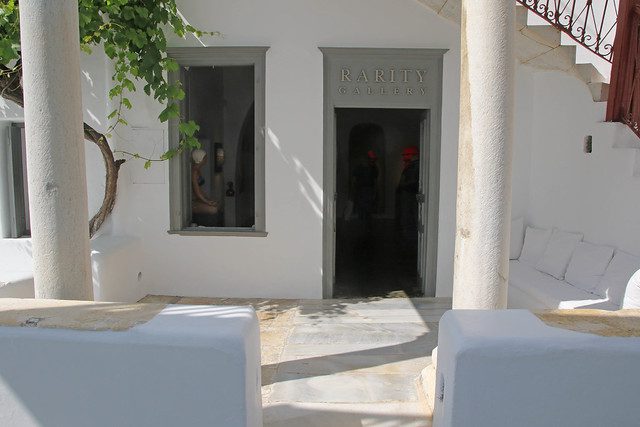 Founded in the 1990s, this simple gallery can be found in Goumenio Square of Chora. It is called Minima because it is minimally decorated, so as to not detract from the prominence of the artworks. Inside is a range of works from both local and international artists. Colourful paintings, innovative sculptures, landscape photography and contemporary exhibitions mean this gallery has something for everyone to enjoy. 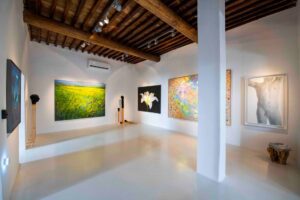 Top Things to Do in Mykonos

There is a very inviting and cosmopolitan atmosphere throughout Mykonos, which is only accentuated upon by the natural hospitality of the Greek locals!

Visit the Historic Sights of Mykonos

Through the ages there have been many changes on the island of Mykonos, all coming together to create a rich tapestry of history. Read about the historical sights of Mykonos and Delos.

Explore the Most Beautiful Beaches of Mykonos Island

Mykonos is a gorgeous island, in the open blue waters of the Aegean sea, with a number of stunning beaches. There is a perfect setup for everyone.
More guides