Rome is such a city that can really be described as an open-air museum. Every corner of the city is brimming with both history and culture. Some sites are ancient, some from more recent history and of course there are modern places exemplifying the modern culture of Rome. Here, we will describe some of the main historical sites you won’t want to miss on your visit.

Beginning with the monument that defined Roman life in the Ancient past, it is still today a symbol of the city of Rome. The Colosseum is a circular arena that is large enough to fit up to 50,000 people, with a huge central stage. Here was the platform for gladiator fights, epic battle reenactments and combat with wild animals. It is one of the best preserved historical sights, therefore allowing you to be a spectator yourself into a window of the past. The nearest metro stop is Colosseo, with a grand view of the building itself as you exit. The sight from the exterior is magnificent, but from within is where things truly come to life. There are a great variety of tour options and tickets available, ensuring you won’t be disappointed.

Take an unforgettable personalised Sightseeing Ride in Rome and admire its landmarks and most famous sites. 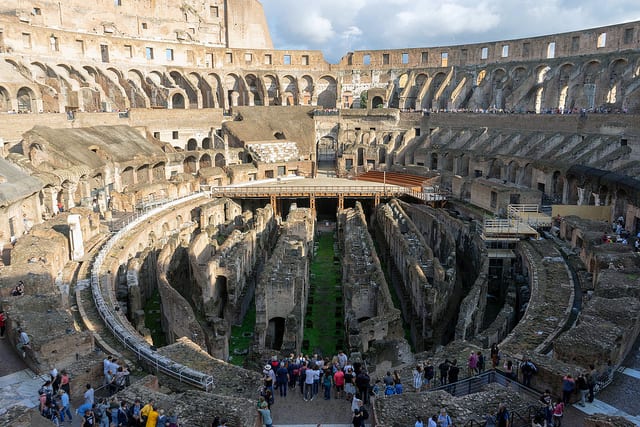 The interior of this great stadium is as dazzling as it has always been to the thousands of spectators over time.

Just off to the west of the Colosseum is the Foro Romano: a collection of scattered ruins that are still well intact, despite their long history. In the ancient times, this was the central area of the city for citizens to meet and discuss important social and political issues of the day. With so much to see here, it is important to have enough time so as not to miss any of it. There are some tips worth noting before visiting. Firstly, it is an open place without much shade. Therefore, bringing a hat and suntan lotion in the heat of summer is a good idea. Secondly, not all of the remains are readily identifiable. A good tour with a guide (either audio or in real life) will significantly enhance your experience. Tickets that you purchase for the Colosseum will also include visiting the Forum. 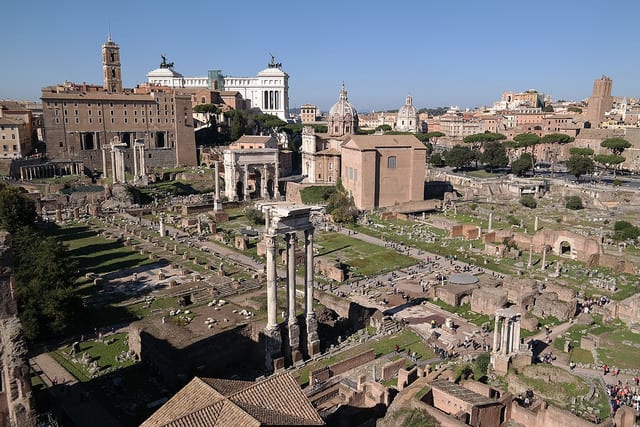 This site adjacent to the previously mentioned is a location packed with history, mythology and prestige. Being the namesake for the English word ‘palace’, Palatine Hill has been home to Roman emperors such as Augustus and Tiberius. Many aristocrats and officials also took up residence here. It is also rumoured to be the place the legendary Romulus and Remus were raised by the mother wolf. Highlights of the hill (aside from the great views of both the Circus Maximus and Piazza Venezia) include the House of Augustus, House of Livia, Stadium of Domitian and the Flavian Palace.

Tickets for the Colosseum and Forum also include the Palatine Hill. Your biggest constraint will be time, so it is recommended to allocate many hours for visiting these sites. One of the timeless attractions of the hill is its cooler and cleaner air in summer, so you could go there in the warmer part of the day. 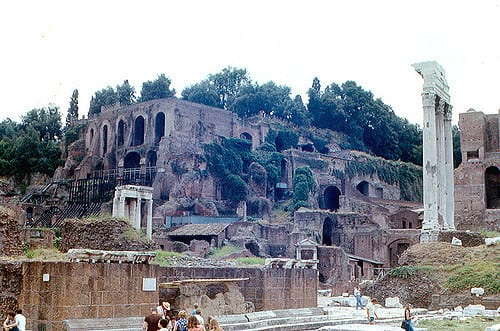 Palatine Hill was once the home of ancient nobles and aristocrats.

One of the only surviving Roman temples that is fully intact, the Pantheon is awe-inspiring. Coming from Greek, meaning ‘of all the gods’, it was dedicated to the Roman gods of the time. Built by Emperor Hadrian, words cannot properly describe the marvellous interior. It is a must see highlight of all of Rome. The dome is larger than that in St Peter’s Basilica and it is proportionally wide, as it is high. Located to the west, not far from the river tiber, there isn’t a metro station on site. As such, you will need to walk or take a bus here. Nonetheless, being in the vicinity of many other major sights, it is definitely worth a walk. Entrance is free but guided tour tickets are available for purchase. 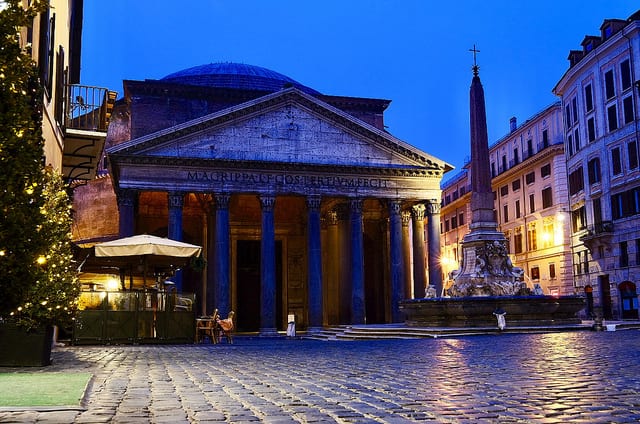 The beautiful temple to the suite of Roman Gods remains intact.

Here sits the historical site of an ancient chariot racing course. This was a sport that highly entertained the civility, nobles, and emperors alike. The exterior still has remnants of its ancient walls, especially on the side of the Palatine Hill. Unfortunately, the majority of the Circus Maximus has weathered a lot over the years, and is now more like a grassy park. It is highly recommended, therefore, to bring your imagination along with you. Picture the days that thousands of Romans whooped and cheered at their favourite chariot racers, with the noise and mess of taverns and betting shops nearby. As it now stands like a national park, the entrance is free and readily accessible. 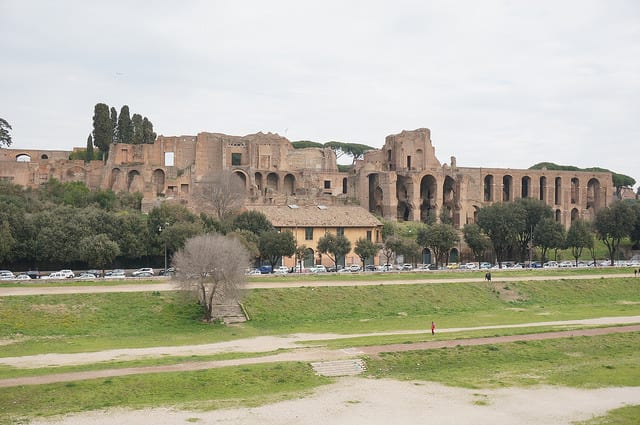 The Circus Maximus is now an open-air park for visitors to appreciate this historic racing track.

Great Areas to Shop Around Rome

Italy is a top country for shopping. Rome is the capital, and really meets its mark of high standard. Read on for some of the best areas to experience.

The 4 Most Famous Sights of Rome

Rome's historical sights are displayed throughout the city in all their beauty and glory. Take a look inside to get a heads start on the must see sights!

Best Places for Brunch in Rome

Often when travelling, a good brunch makes the most sense. Rome is no exception, with amazing places throughout the city. Read on for some great ideas!
More guides