A Brief Look at Valencia’s History

Valencia is known for its free-flowing sangria, deliciously rich paella and golden sand beaches. However, this magnificent city is also filled to the brim with historical and cultural wonders. With lush gardens, picturesque bohemian neighborhoods, UNESCO gothic architecture and the famous City of Arts and Science, Valencia is one of the cultural hubs of Spain. So, to find out how to get in touch with the real spirit of this city, check out our list of the top cultural sites in Valencia.

More than 2000 years ago, Valencia was founded as a Roman colony Valentia Edetanorum. The origins of the name imply the fort of the Edetani – the fort of Iberian people who long ago lived on the Iberian Peninsula. Though the name of the city changed with time, the first word remained. Today, everybody knows it as Valencia, which in Latin means strong or brave. Situated on the coast of the Mediterranean Sea, Valencia is a fascinating port city and a popular tourist destination. Here, ancient and contemporary architecture interflows into a full picture of the city. People come to Valencia to attend great local festivals (Fallas) and football matches, taste delicious traditional food, as well as relax on lovely beaches. Before booking a flight, think of what is your top interest.

Find all ferry schedules from Valencia to Mahon, Menorca with Ferryhopper

City of Arts and Sciences

Imagine a pristine world in the year 3000, filled with modernistic buildings and etherial pools of crystal clear water and you’ll be pretty close to the splendor of the City of Arts and Science in Valencia. The contemporary side of the city opens up in the cultural, architectural, seven-building complex – Ciudad de las Artes y las Ciencias. Designed by the two famous architects Santiago Calatrava and Felix Candela, the place attracts thousands of locals and travelers every year. Though the complex was started to build in the late ‘90s, the last part L’Agora was finished only in 2009. L’Agora became a space for concerts, exhibitions, and sporting events. Probably, the most eye-catching part of the complex is L’Hemisferic – and it actually resembles a giant eye! When you step inside this illusion, you find a place for cinema, a planetarium, and laserium – hard to believe, isn’t it? The contemporary city is listed as one of the 12 treasures of Spain, together with such miracles as Sagrada Familia in Barcelona or Cathedral of Santiago de Compostela in Galicia. 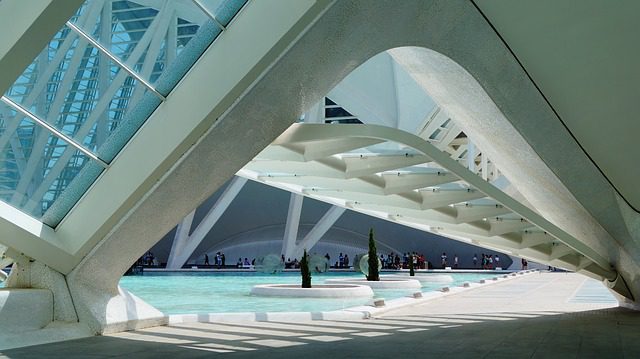 Valencia is filled with stunning 15th-century architecture, but nothing comes close to the gothic masterpiece that is the La Lonja de la Seda. The name of this UNESCO World Heritage Site means ‘Silk Exchange’ in homage to when Valencia was one of Europe’s main trade and culture centers. Marvel at the wondrous detail of the delicate twisting columns, high ceilings, and intricate decor. For a peek into this grand city’s past, a trip to La Lonja de la Seda is one of the best cultural things to do in Valencia. 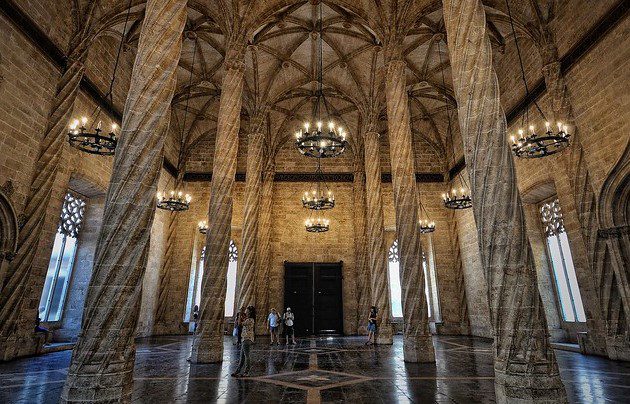 Turia Park provides the perfect place to escape from the hustle and bustle of city life, and get back to nature. Created in the 20th-Century after the River Turia destroyed the city and was diverted, this 9km park is an amazing spectacle. One of the main features are the 18 bridges that still cross the park, a haunting reminder of what was and a perfect photo op. With an orange grove, pine forest, palm trees, fountains and winding paths, Turia Park is the most picturesque place in the city. Enjoy a picnic, yoga on the grass, tai chi or cycling in one of the top cultural sites in Valencia. 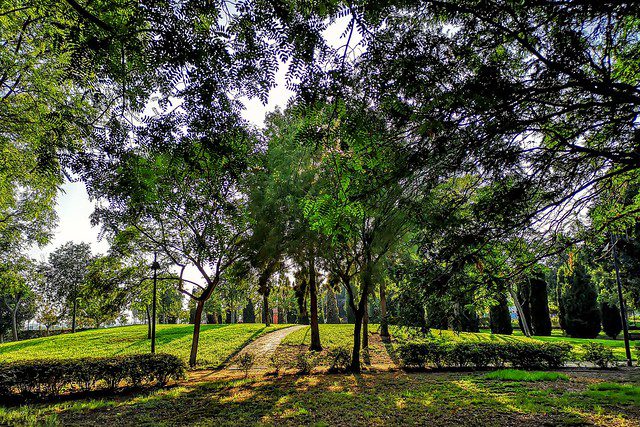 It’s the right place to begin sightseeing in Valencia since Torres de Serranos (The Serrans Gate) marks the entrance to the city. Back in the middle ages, a massive wall surrounded the ancient Valencia town with a total of twelve gates as a part of the construction. Today, travelers from all over the world come to see Torres de Serranos which not only represent the Valencian Gothic architecture but also open offers a miraculous panorama of the city. 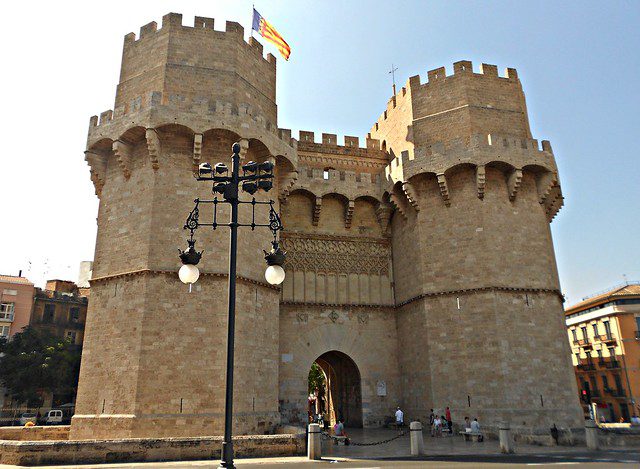 This ancient square is framed by the most famous religious monuments of Valencia: Basilica de la Virgen de los Desamparados and Catedral de Santa Maria de Valencia. In the middle of the square, you’ll see a playing fountain with the sculpture of Neptune where both locals and tourists come to sit down. Also, a variety of cafeterias and restaurants is all around Plaza de la Virgen, so if you’re interested in dinner with a view, this is the place to be. 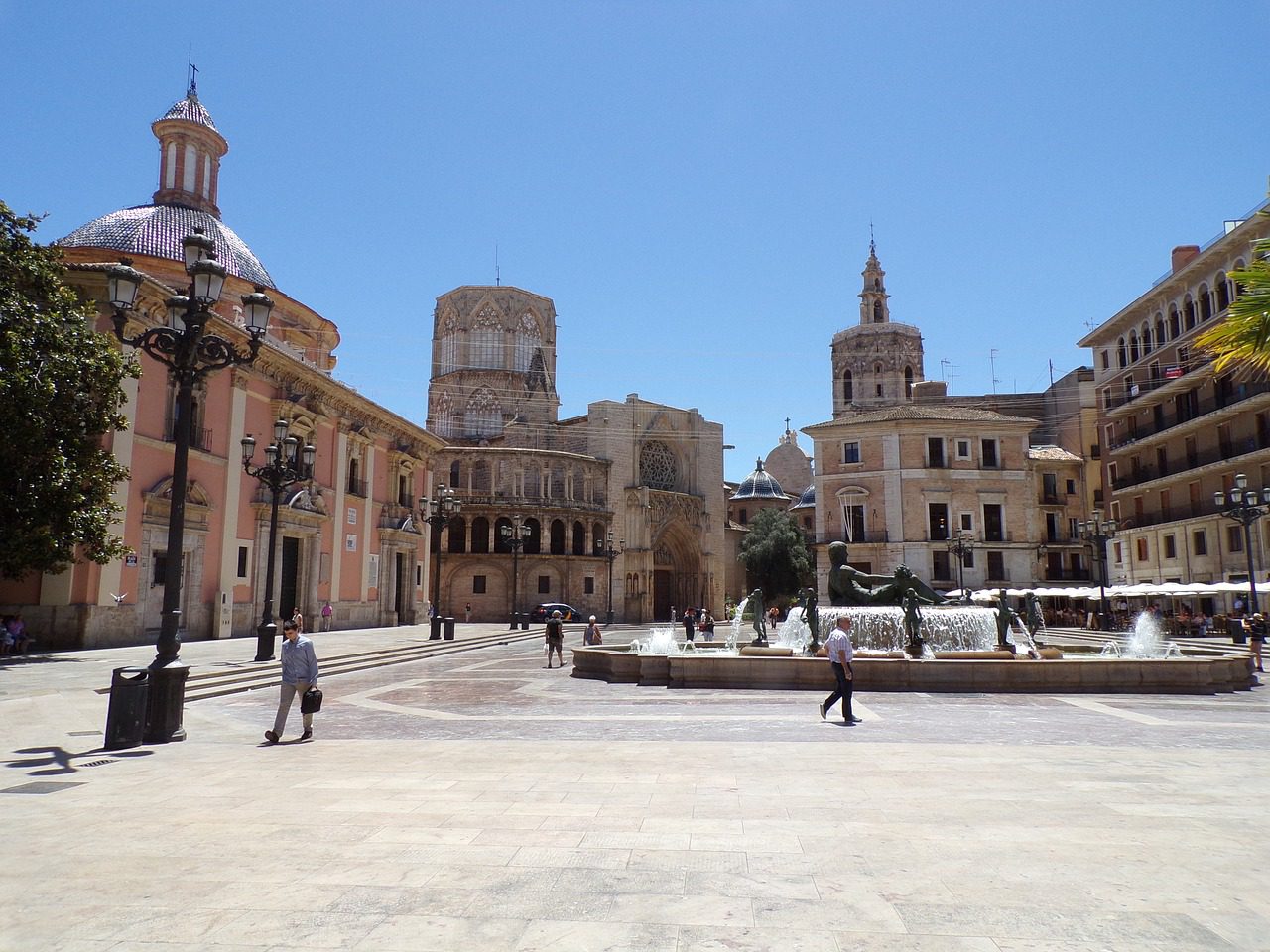 To feel the local spirit, it’s a must to visit the central market, especially if it’s located in such an impressive building as Mercado Central in Valencia. Designed and built at the beginning of the 20th century, the market is the masterpiece of Art Nouveau architecture. The area of more than 8 000 sq. meters is where locals sell fresh meat, fish, seafood, vegetables, fruits, and much more… Here, you can buy gifts such as nuts, dried fruits, or spices for your family and friends. 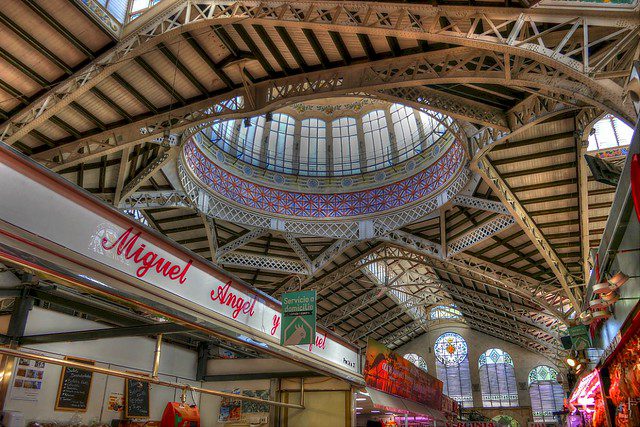 Discover the best sights and landmarks of Valencia on a personalized 4-hour tour with your local driver.

It’s the main square of the city, called The Town Hall in English. Though various architectural styles are featured in the buildings around Plaza del Ayuntamiento, the most prominent examples are the neoclassical Town Hall and the Central Post Office. The bullring of Valencia, as well as the main shopping street Carrer de Colon, is just a few corners away from Plaza del Ayuntamiento.

For a quiet afternoon with picturesque surroundings, we recommend a stroll in Jardine’s de Real. It’s one of the most beautiful public parks of Valencia, full of palm trees, ornamental fountains, and beautiful flower gardens. The Rose Garden is a must-see in this park. Besides, nice and wide pathways are perfect for jogging, so it’s a perfect place to stick on your sports routine even on holidays. 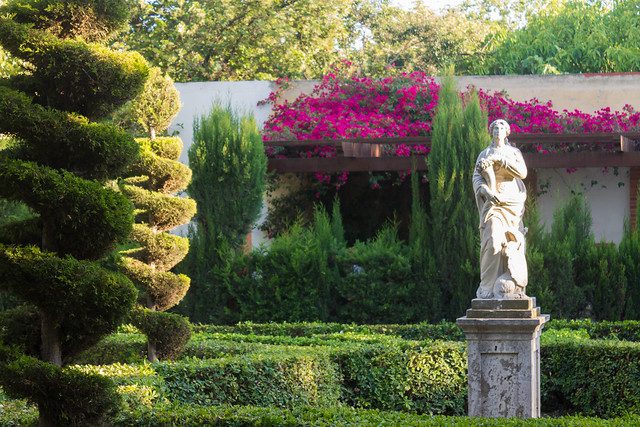 Located on the outskirts of the city, Valencia Bioparc is the attraction for families with kids in the first place. The little ones are more than excited to see the thousands of exotic species and learn more about them. Zebras, rhinoceros, lions, and many more African animals live in this huge, 10-hectare park. More information, as well as ticket purchase, is on the official website. 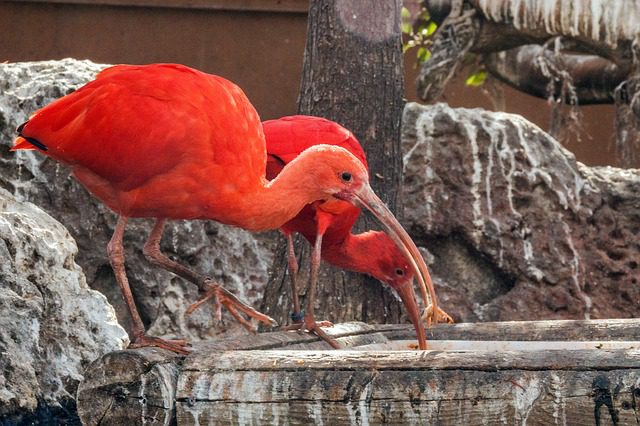 Situated in the heart of the old town, Catedral De Valencia connects the two city squares – Plaza del Virgen and Plazza del la Reina. Built in the 13th century it combines a range of architectural styles, predominated by Valencian Gothic and followed by the details of Baroque and Romanesque. Besides, a variety of 15th-century paintings is exhibited inside. One of the most magnificent parts of the cathedral is The Chapel of the Holy Chalice! Valencia also claims the fame of the most famous artifact in the world, the official Holy Grail, the actual goblet that Jesus drank from at the last supper. Although many countries around the world claim to own this famous cup, there’s something extremely magical about standing in front of the glowing Holy Grail of Valencia. What makes the whole experience even more special is that it’s located within one of the top cultural sites in Valencia, the Grand Cathedral. After you’ve soaked up the mystery of the Holy Grail, you can walk up the many steps to the top of the Miguelete bell tower and soak up the unbelievable views of the city. 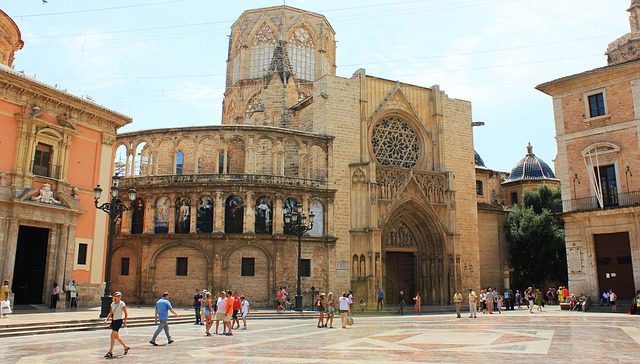 If you have enough time and energy, it’s best to explore the old town on foot. The terrain of the city is relatively flat, so you shouldn’t get tired too fast. However, if you’re traveling with little children, a hop-on-hop-off touristic bus might be a good choice. There’s an alternative for those who prefer comfort and privacy. Welcome offers customizable sightseeing rides with locals, English speaking, drivers. If you want to see just the highlights of the city, we recommend a 2-hour sightseeing ride, while if you have more time and want to explore the city in-depth a half-day sightseeing tour is available as well. During the sightseeing experience, you can use free high-speed Wi-Fi, so friends and family abroad get the latest travel updates on social media.

While there is a lot to see in Valencia, there’s even more to taste! Valencia is home to the famous dish, Paella and we have the best places to try it.

Would you like to spend a day admiring the natural surroundings of Spain? If so, we introduce you to the customizable sightseeing rides with Welcome.

Valencia is one of the best late night fun destinations in Spain. Valencia is the perfect city to go out, dance the night away and enjoy long conversations.
More guides