Mykonos is the stunning island of incredible views, golden sunlight and iconic windmills rotating in the whispering breeze. It is also well known for its 25 beaches, which cover the coastline all over the island. Furthermore, there are many excellent little village and secrets to discover around, beyond the central town of Chora. So, transport around the island is something which is going to be very important. There are numerous methods of transport for getting around, from the very cheap to the luxurious. This article will explore the most common methods for getting around Mykonos.

Like many of the Greek islands, the local bus service is run by the KTEL organization. On Mykonos there are two major bus hubs in Chora, where you can catch the buses to the northern areas of the island or the more southern areas. The southern bus station is known as Fabrika, whereas the northern is referred to as Remezzo. Ticket costs are typically between €1 and €2 for a single journey and should be paid in cash to the driver or conductor.

Fabrika operates from 08:00 am-20:00 pm, with buses leaving every hour during the winter season. In the summer season, this picks up to every half an hour. Some of the routes do run until even later, but you will have to confirm the timings from the driver. It has routes to many beaches, such as Platys Gialos, Paraga, Paradise Beach, etc.

Remezzo bus station is behind the Archaeological Museum and close to the OTE building. This serves the more eastern villages and beaches. Departures start at 07:00 but typically go more infrequently to the destinations. Expect the buses to run only every 2-3 hours in the summer season, even less so in the winter. The places these buses run to include, Kalafati, Elia, Ano Mera, and Kalo Livadi. 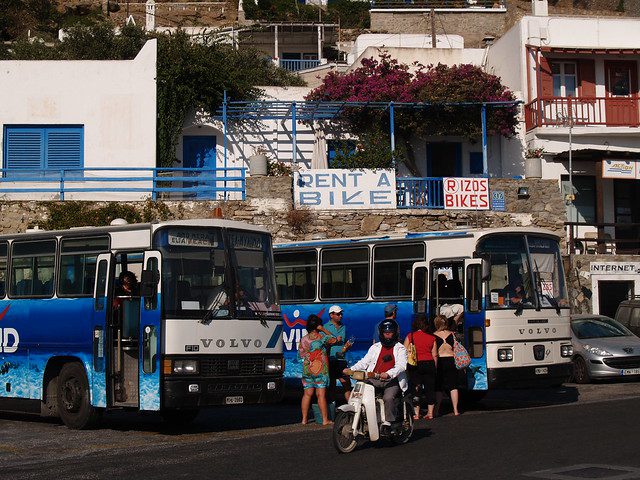 A beautiful way to reach the many famous beaches of Mykonos is to take a water taxi boat, also known as a caique. Old fishing boats have been converted into useful means of transport to the other parts of the island. The collective organization known as Mykonos Cruises handles trips from the main departure point at Platys Gialos beach. In peak season, these run from 10:15 am to 16:15 pm, with the last return from Elia at 18:00 pm or Super Paradise beach at 20:00 pm. Tickets cost €5 for a return to Ornos, Paranga, and Paradise, €6 to Super Paradise and €7 to Elia and Agrari. They do drop-offs and pickups to each of those beaches. During the months of June-September, there is a smaller boat taxi service to Super Paradise, Agrari and Elia from the Old Port in Chora. Cruises and personalized itineraries can be arranged with the boat company. It is also suggested to confirm the exact times of arrivals and departures of the boats. A second company, Sea Bus, connects the New Port with the Old Port at Chora from 09:00 am – 22:00 pm. Also, you can take the boat from the Old Port to the nearby island of Delos. It was important historically as the birthplace of Apollo and Artemis. It is located about 2km away and the return ticket is €20. 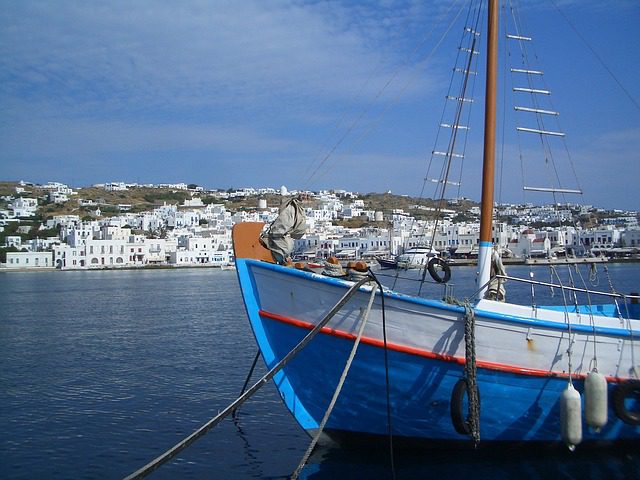 There is plenty of opportunities to rent vehicles such as cars, motorbikes, scooters and quad bikes throughout the island. This can be a particularly easy way to get about, as you have your freedom to travel when you like. There are places that you can hire your vehicle of choice all over the island, but bigger names like Avis and Sixt can be found at the airport. Before you can hire a vehicle, you will need to have an appropriate driving license. If you are coming from outside the EU, you must have an international driver’s permit. Booking in advance may be necessary for the summer months. Cars start from €30/€45 per day, depending on the season, whereas quad bikes are €30/€40 and motorbikes €20/€30. Public car parks are easily found around the bus stands and the ports. 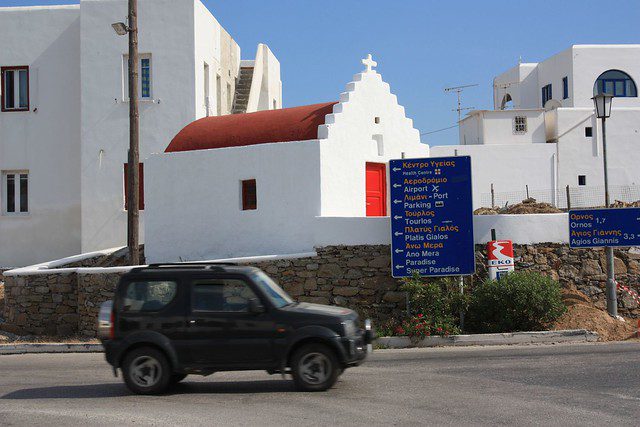 These can be found outside of the ports or at Plateia Manto Mavrogenous in the centre of Chora. They are usually the more expensive option for getting around the island, but they can still be quite difficult to get hold of one, particularly in the summer season when the demand is high. They are metered and have a minimum fare of €3.50 and charge an extra €0.50 for each bag of luggage. The average cost to Platys Genia or Ornos should be around €10 and the beaches of Kalafatis or Elia should be around €18. Taxis can also be phoned for and booked, but this will incur an extra charge of €5. 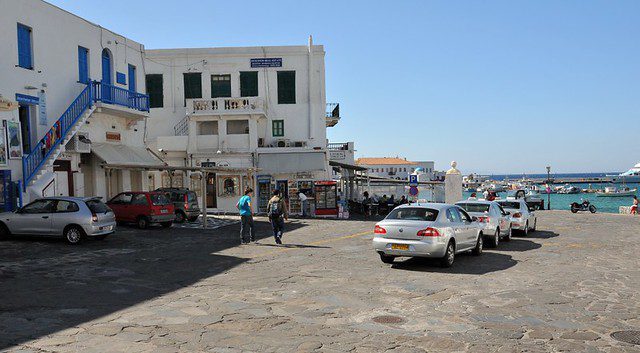 For experiencing the island in style with your personal, English-speaking driver, you can arrange a tour with us at Welcome Pickups. We have a number of different options available, stopping off at many destinations throughout the island and making the most of the incredible experiences to offer. You can go with the suggested itinerary, or customize your own, it’s entirely up to you! Have a look at the options we have to make the most of your experience on the island.

The Top 8 Museums and Galleries of Mykonos

The Top 8 Museums and Galleries of Mykonos island that you should definitely visit!! Discover ancient history and get to know the contemporary Myconian art.

Top Things to Do in Mykonos

There is a very inviting and cosmopolitan atmosphere throughout Mykonos, which is only accentuated upon by the natural hospitality of the Greek locals!

Visit the Historic Sights of Mykonos

Through the ages there have been many changes on the island of Mykonos, all coming together to create a rich tapestry of history. Read about the historical sights of Mykonos and Delos.
More guides