The Rich History of Thessaloniki

Due to its many different rulers and unique eras, Thessaloniki has one of the richest and most diverse histories of any Greek city. Thessaloniki was founded in 315 BC by the Greek king, Cassander of Macedon. The city developed extremely rapidly, and by the 2nd century BC there was already a fully functioning city wall surrounding Thessaloniki. However the Greek rule was short-lived, and in 168 BC Thessaloniki became a city under Roman rule.

The Roman Republic turned Thessaloniki into an extremely important trade-hub which connected Byzantium to Dyrrhachium. Not only did this magnificent trade line open up connections between Europe and Asia, but it also gave the city many of the open markets and forums you can still visit today. Again, the Roman rule was not meant to last, and after repeated barbarian invasions and a catastrophic earthquake in 620, the city gradually rebuilt itself under Byzantine power.

During the Byzantine rule, Thessaloniki became the largest Jewish city in the world for 200 years. It was known as the “Mother of Israel”. Today you can still see the strong Jewish influences throughout the Jewish quarter and in some culinary techniques. In 1423, after the Ottoman Empire’s strong advance, the Byzantine Empire handed over the city to the Republic of Venice. However, this small force could only hold Thessaloniki for 7 years before the Ottoman Empire captured it in 1430.

In 1912, the Greeks finally won back their magnificent city during the First Balkan War. Thessaloniki is now the prime port for both the northern Greek regions and the whole of Southeastern Europe.

Upper Town of Thessaloniki is where you will find the oldest buildings and of course the remains of the ancient walls that surrounded the city, gradually reconstructed over the years, the walls date back to the Hellenistic Era of Thessaloniki. The walk up is a little challenging, but worth it to see the transformation of the city the further you get up, and the remains of Byzantine and Early Roman Era views. The views are magnificent from the walls, and you can stop at the top and grab a drink at one of the cafes and bars dotted along the hillside to witness the phenomenal views over the harbour. 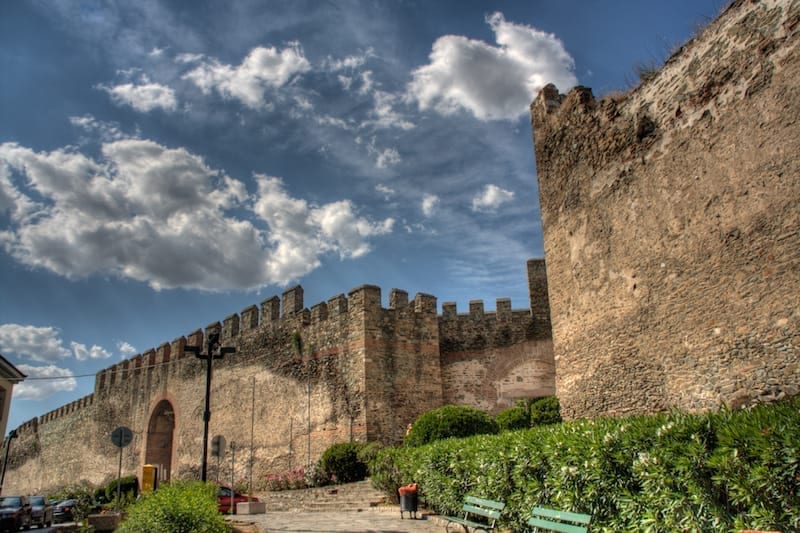 The Best of Thessaloniki in 2 Hours

Discover the best landmarks and historical sights of Thessaloniki in just 2 hours.
The best place to start a walking tour is on the east side of the city, at Galerius’ Palace. The palace is one of Thessaloniki’s most important late antique excavations as it’s the best-preserved monument from this era in the whole of Europe. Although Galerius’ Palace is highly protected, part of the structure is visible and open to the public. Just a few steps away, standing proudly amongst the modern apartment buildings, is the Arch of Galerius. This triumphal arch was built to commemorate Galerius’ victory over the Persians in 298 AD.

Heading north from the Arch of Galerius, you will find the Rotunda. This impressive building is 30m high with walls 6.3m thick. The closest structural design is that of the Pantheon in Rome. The Rotunda is thought to have been built as a place for cult worship, as the people of Thessaloniki moved from Christian to Pagan. As you walk towards the centre of Thessaloniki, you will discover a new era of its fascinating history. The beautiful Agia Sophia Temple is the oldest Byzantine church in Thessaloniki and is one of the buildings UNESCO marked as a World Heritage Site. From the outside, you can admire the beautiful domed structure, and inside marvel at the intricate paintings dating back to the 11th century AD. 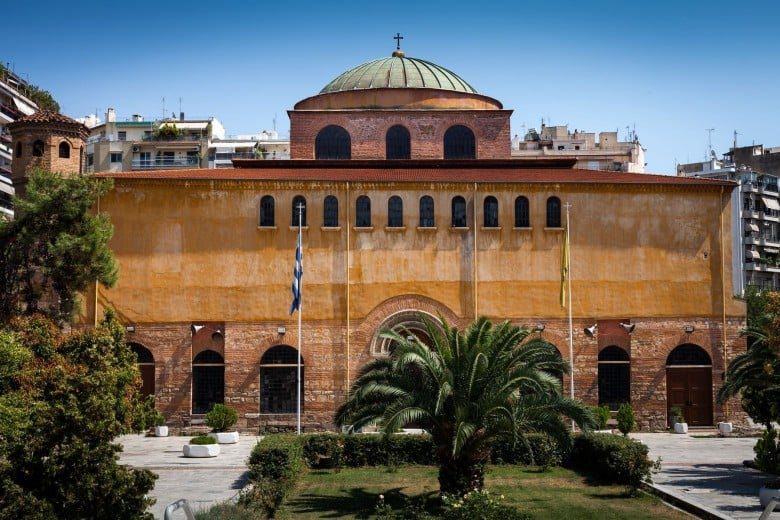 Just south of the impressive temple of Agia Sophia, you will find an abandoned monastery around 5m below street level. Follow the entrance of the monastery and you will find yourself underneath the great city of Thessaloniki, in the catacombs of Agios Ioannis. Not only were these catacombs built to honour St. John the Baptist, but they were also used as a safe place for Christians to worship during the Roman rule. 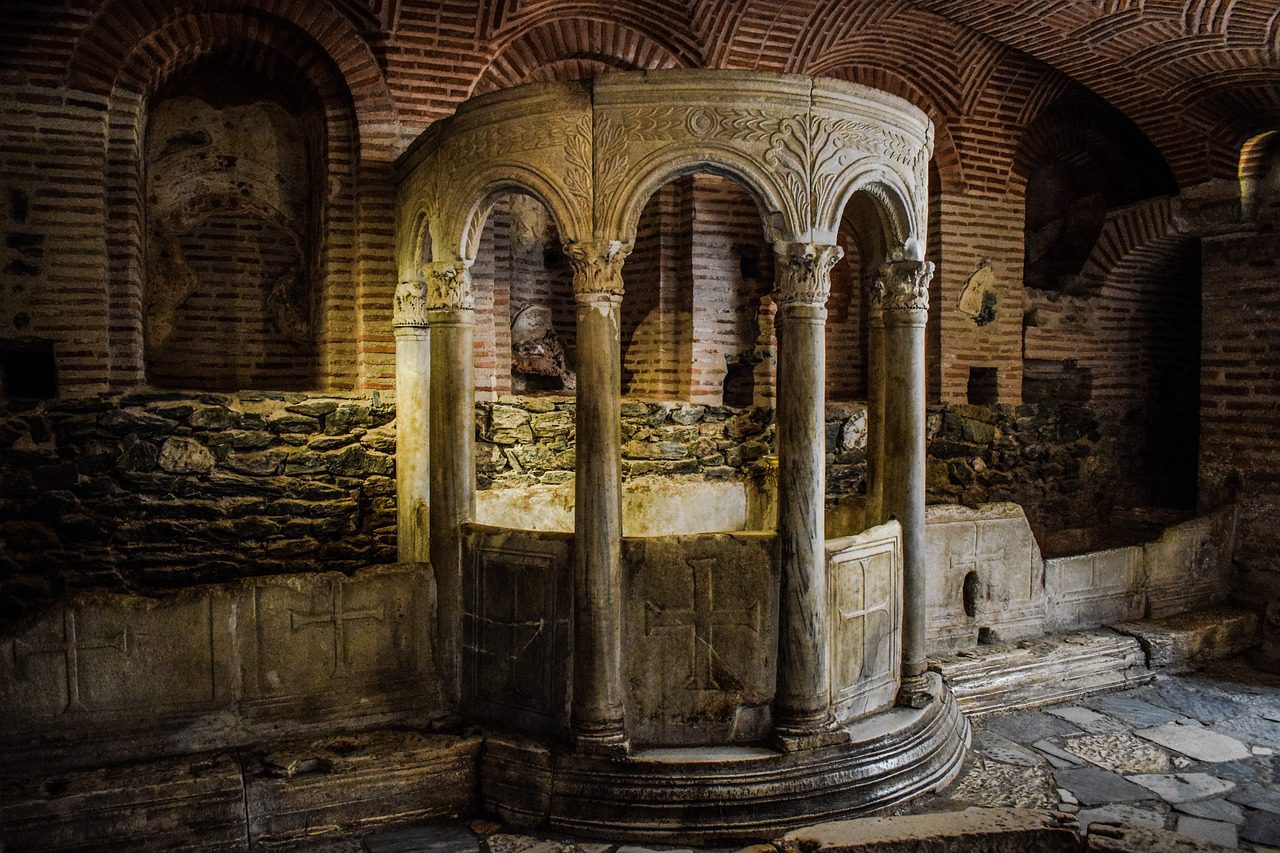 A short walk from the catacombs will lead you down towards the port where you can find the impressive Hagios Demetrios. This gigantic church was built in honour of St Demetrios, the patron saint on Thessaloniki. This UNESCO World Heritage Site was built during the Byzantine era and replaced a historic Roman bath. Inside, the church has an impressive shrine covered in silver and six stunning mosaic panels that date back to 730. 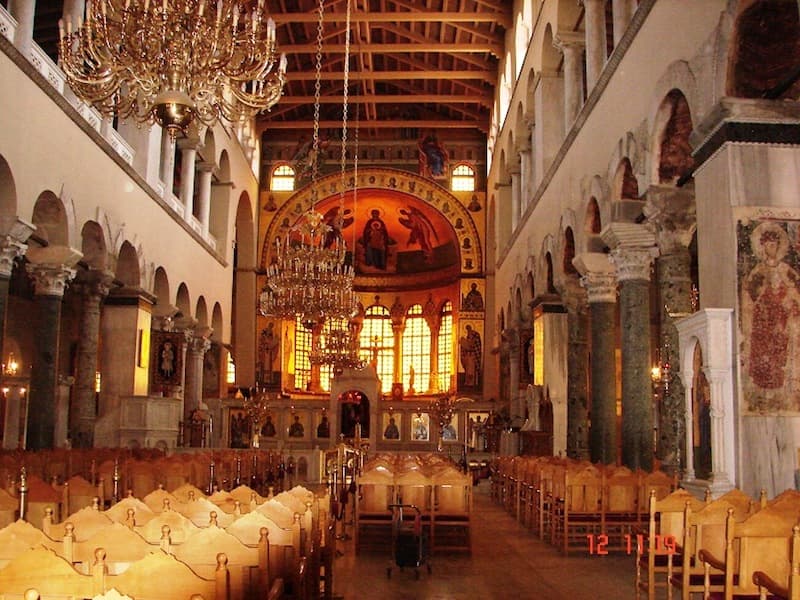 Just 2 minutes from the Hagios Demetrios, you will find the Roman Forum. This historical site was dug up by accident in the 1960s and has since become somewhat of a historic tourist attraction in Thessaloniki. The archaeological site features two Roman baths and a small theatre which would have been used for gladiatorial games. 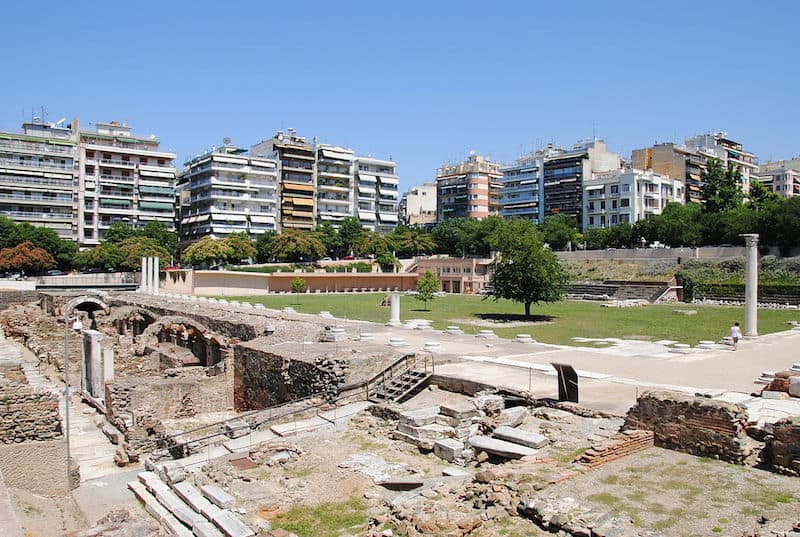 The final stop on your walking tour will take you down to the shoreline, to the White Tower of Thessaloniki. This impressive monument and museum were constructed during the Ottoman rule in 1430, to replace an old Byzantine fortification. However, this white exterior was created by the Greeks when they took control of Thessaloniki in 1912. The White Tower has since become a strong symbol of the city and its powerful history. 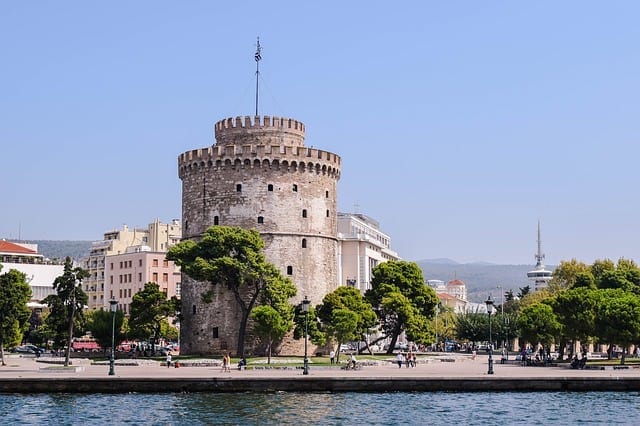 This museum is a treat for all those with an interest in the city and its rich history. The region surrounding Thessaloniki has uncovered some of the most valuable pieces of archaeology known today. Here you’ll be able to see first-hand the remains of the Roman temple and pieces from the sanctuary of Isis and Sarapis discovered under the modern city of Thessaloniki, as well as pieces uncovered from the Roman Forum. You’ll also be able to see the famous Derveni Papyrus here. Well worth putting aside the afternoon to visit here. Just over from the Archaeological Museum of Thessaloniki you will find the Byzantine Museum housing an extraordinary chronological collection documenting the years of Byzantine culture in Thessaloniki and Greece. The museum contains 11 galleries with exquisite displays. This museum will easily become one of your favourite parts of the city. There are many opportunities to purchase combined tickets to the museums and the White Tower for a discounted price! 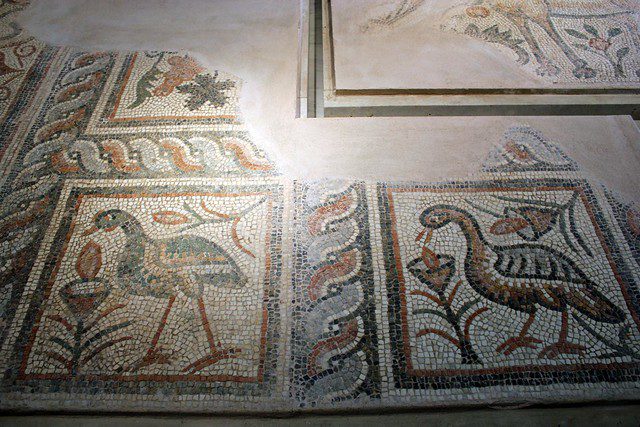 Discover some of the best spots to visit in Thessaloniki. Enjoy a day getting around like a local and experience something different!

Top 5 Places for Brunch in Thessaloniki

You’ll find that brunch is a relatively new concept to the Greeks. However, in Thessaloniki you will find spots to relax and taste a great breakfast.

Visit One of the Many Thessaloniki’s Markets

Get some insight into the local culture and atmosphere of Thessaloniki by visiting some of the many local markets including the modiano market.
More guides