Barcelona is a large metropolitan city with many tourist attractions throughout. Some of these are, however, spread out a fair distance from the others. The city centre is very accessible for walking and getting around. Nonetheless, you could find yourself spending a large part of your trip walking the long avenues, to get from one place to another. Public transport is abundant in Barcelona and very easy to use. Services include the metro, buses, trams, cable cars, funicular trains, and the commuter railway. Many of these will help you get around the broader metropolitan area. This article will cover the necessary information about public transport services in the city. 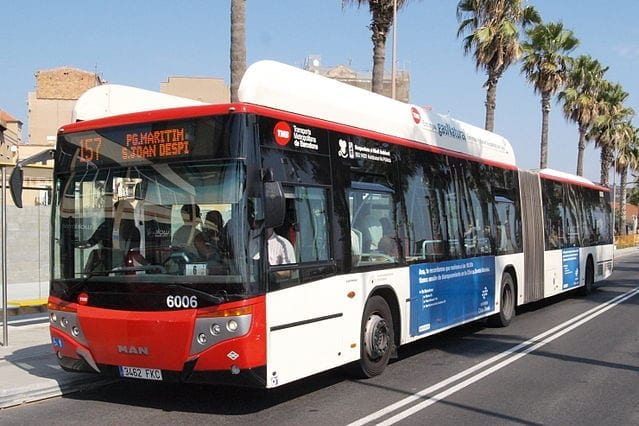 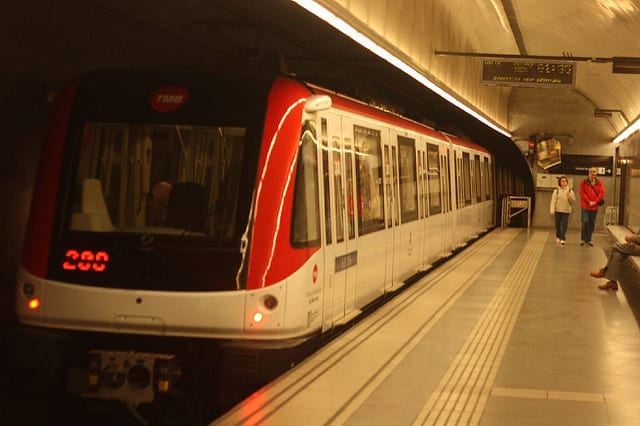 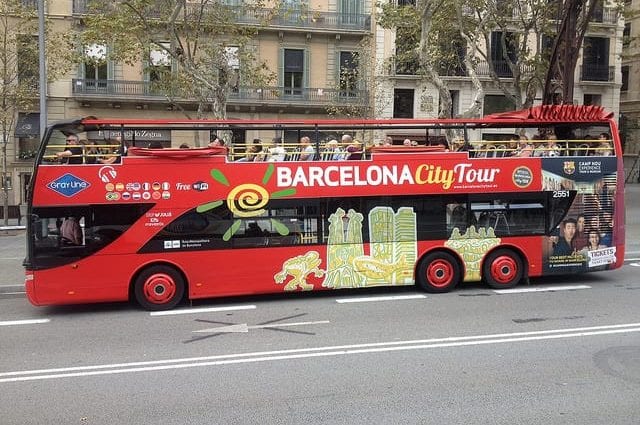 Barcelona’s metro is a large network with 12 lines, known as L1-L12. The transport organization for the city: ‘Transports Metropolitans de Barcelona’ (TMB) runs most of the lines. However, the metro also extends to some commuter rail network trains (FGC). This can be an especially useful means to use to get around. The stops are abundant and often located close to many of the major landmarks and sights. Operating times are Sunday-Thursday 05:00 am-midnight, until 02:00 am on Fridays and throughout the night on Saturdays. A single ticket costs €2.20 for one journey and are validated upon entry through the barriers.

Within Barcelona is an extensive bus network, primarily operated by the ‘Autoritat del Transport Metropolita’ (ATM) under the TMB organization. The buses are red and white single deckers, with modern features inside like air conditioning and electronic screens displaying the routes. Bus stops usually have monitors which display the routes come from and the direction they are headed. Entrance to the bus is always from the front doors. There you can purchase and/or validate your tickets with the driver. A single ticket is the same price as the metro: €2.20.

There is also the Barcelona city bus tour that provides audio commentary of the key sights throughout town. This is available in multiple languages, immersing you in the historical story of the city. The bus takes you on a double-decker trip across 3 routes, highlighting the major landmarks. It is the best way to cover the majority of the city, hassle-free. If you would like to order tickets for this tour in advance, you can when you book with us. Select them as an extra and we will deliver them to you in your Welcome pack. 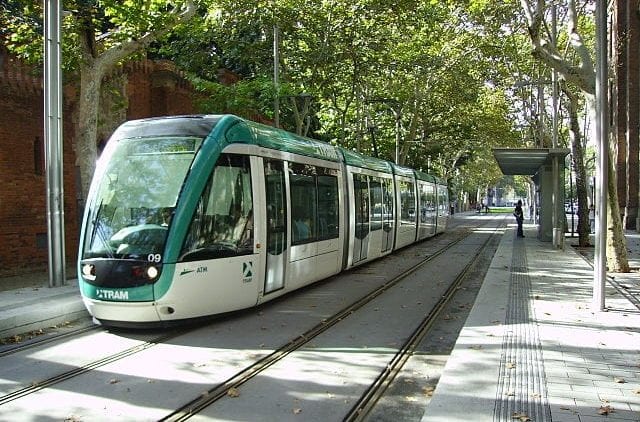 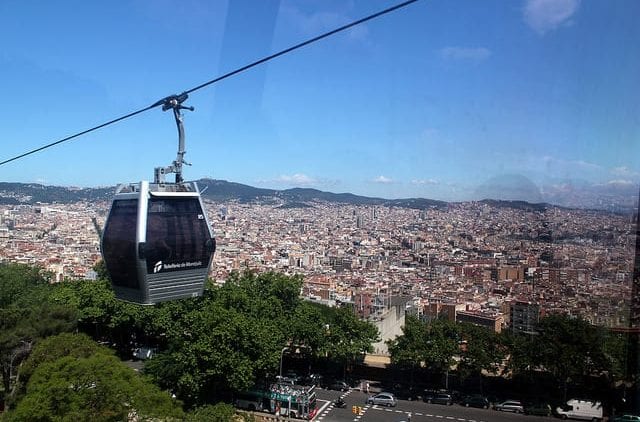 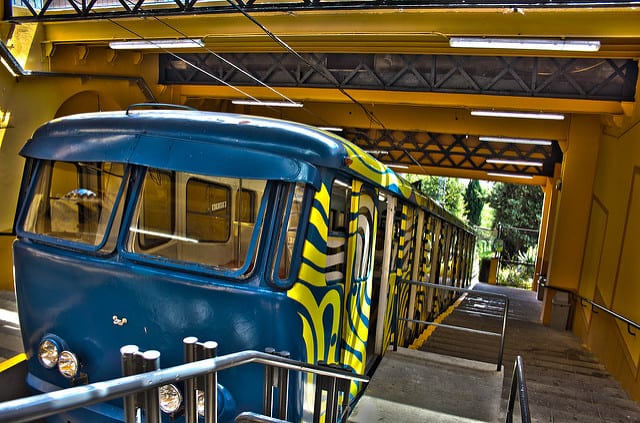 The tram system in Barcelona features 3 separate networks, two of which are functional and one is the historic Tramvia Blau line. This historic line is 1.3km long of heritage car and serves the hilly neighborhood of Sarria-Sant Gervasi. From Plaça Kennedy to Plaça del Doctor Andreu. The two other systems, Trambaix and Trambesos, operate in the west and east of the city. They each have 3 lines and are named after their end stops. Ticket pricing is the same for the tram as the metro and bus.

Within the city, there are two cable car systems. One ascends Montjuïc Hill to the Montjuïc Castle (Montjuic Aerial Tramway) and the other across the Port Vell. It connects Montjuïc Hill with the Barceloneta seaside. There are also a couple of others operating within the metropolitan area limits: the Aeri de Montserrat (cable car that assists the ascension of Montserrat hill) and the Teleferic d’Olesa an Esparreguera. A single journey ticket will cost €10 and a return €15, with a total ride time of about 5 minutes.

There are 3 funicular trains that operate in Barcelona. The primary train operates on Montjuïc Hill, from Paral.lel station up to the hilltop. The second, the Vallvidrera funicular is located in the Sarrià-Sant Gervasi region. It connects the city with the residential neighborhood of Vallvidrera, in the Collserola hills. The train is integrated as part of the Valles metro commuter rail network system.

As has been mentioned before, the standard single journey on the TMB network is €2.20. There are multiple ticket options available that you might want to take advantage of. There are T-Dia and T-10 tickets, meaning a 24-hour ticket and 10 trip ticket respectfully. Prices start from €8.40 for zone 1 T-dia and €10.20 for zone 1 T-10. Alternatively, to make public transport ticketing easier, there is the Hola Barcelona card. You can use this across TMB public transport for the number of days you choose (from 2-5 days). From the first moment you activate it, it is valid. You can purchase these at any metro station or opt for one in your Welcome pack. Happy travels!

Ferryhopper connection from Barcelona to Civitavecchia

Shopping in Barcelona is a pleasure and a pastime in this vibrant capital. This guide highlights the best shopping that the city centre has to offer.

Connected in Barcelona: Money and Mobile

Acquiring the money you need can be confusing. Here you will find the best options to get it and how to stay connected by mobile in Barcelona.

Best Places to Visit in Barcelona

This guide will take you on a tour of the best places to visit in Barcelona. These are our hand-picked favourites from us at Welcome Pickups.
More guides